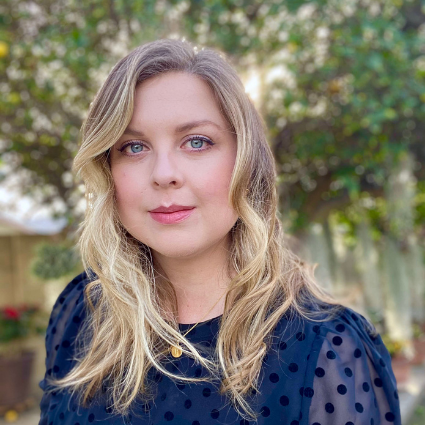 Priscilla González Sainz is a Mexican-American documentary filmmaker and writer based in Southern California. She is interested in exploring themes of displacement, identity, and transnationalism that call social and political barriers into question. Priscilla earned her MFA in Documentary Film and Video from Stanford University, where she was awarded a Stanford Arts grant and curated the Latin American Cinema series Espejos. Her thesis film ROOM 140 portrayed accounts from asylum seeking immigrants on the night they were released from detention centers. The film was a Student Academy Award Semifinalist and was nominated for the IDA Wolper Student Documentary Achievement Award. In 2020, Priscilla completed STATUS PENDING, a 26-minute documentary featuring five Mexican-American Immigration Lawyers who created an informal support group to help their clients and each other navigate the hostile world of immigration law under the Trump administration. STATUS PENDING won the IF/Then Shorts Pitch for the American West, receiving funding and distribution mentorship. The film was supported by Tribeca Film Institute and NALIP. Priscilla has contributed as a consultant and assistant editor on several award-winning films and teaches film production.