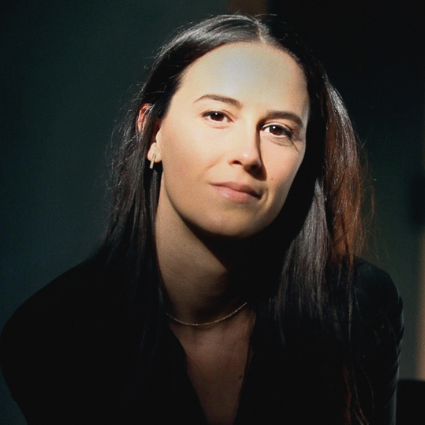 Caitlyn Greene is a filmmaker from the American South. She received a Primetime Emmy and an ACE Eddie Award for her editing on The Jinx, HBO’s Peabody Award-winning documentary series. Her recent documentary short The Diamond was acquired by The New Yorker after premiering at Camden International Film Festival where it won CIFF’s Vimeo Staff Pick Award. Her previous short films have screened at festivals around the world and taken home several jury awards along with Vimeo Staff Picks’ Best of the Year. Other editing projects include the vérité documentary feature When Lambs Become Lions, for which Caitlyn was awarded Best Editing at Tribeca Film Festival and nominated for an IDA Documentary Award; as well as FX’s documentary series A Wilderness of Error, from Marc Smerling (The Jinx) and Errol Morris. She is currently working on her first documentary feature.