Gara, a shepherdess, and her daughter Nada, live off herding and cheesemaking in the wild highlands of Montenegro, when their pastureland is set to be occupied by an international military base.

Against all odds, Gara stands up to defend the land of her ancestors and its untouched nature by challenging the ruling government and the patriarchal tradition. An intimate story unfolds against the backdrop of geopolitical stakes, unraveling complex layers bonding mother and daughter, people and their mountain, which they call “Momma”.

BILJANA TUTOROV is a director and producer focused on female-driven stories examining contemporary political reality, state of democracy and environmental protection. After graduating Art History, Biljana studied Film Anthropology and Acting. She is the author of feature and documentary films, video works and performances. She is the founder of Wake Up Films, an independent company dedicated to upcoming talents, as well as founder of CIRCLE Women Doc Accelerator, training initiative addressing female-identifying filmmakers. Biljana is a 2021 Chicken & Egg Pictures grantee, alumna of EAVE and EURODOC, member of the European Women's Audiovisual Network, European Film Academy and a board member of Documentary Association of Europe (DAE). Her award-winning feature documentary When Pigs Come (2017) is a political comedy about a witty granny raising her grandchildren and fighting for democracy in post-war ex-Yugoslavia. It was screened in Hot Docs, Vision du Reel, Sarajevo FF and numerous other festivals. 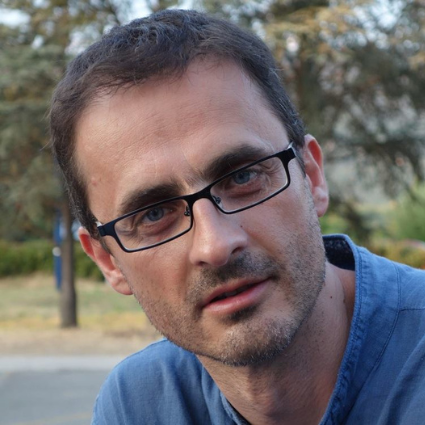 PETAR GLOMAZIĆ graduated in Aeronautical engineering in 1994, from the Faculty of Mechanical Engineering, University of Belgrade. In 1996, he graduated from the Serbian Radio-Television School for documentary and began working as researcher in their Educational Program Department. He has worked in the aviation industry for more than 20 years. Since 2014, he’s been serving as an associate producer for Wake Up Films, Serbia. Since his childhood days, Petar has been a passionate hiker and mountain climber. On numerous expeditions, he researched traditions, wrote stories, took pictures and filmed the people and natural landscapes. Petar is a member of the Documentary Association of Europe (DAE) and a co-founding member of the Save Sinjajevina Association. The Last Nomads is his first feature documentary.