A teenager’s flight from Honduras, through Central America suddenly snaps into focus when she gives birth on US soil — launching an epic coming-of-age tale of assimilation in America. 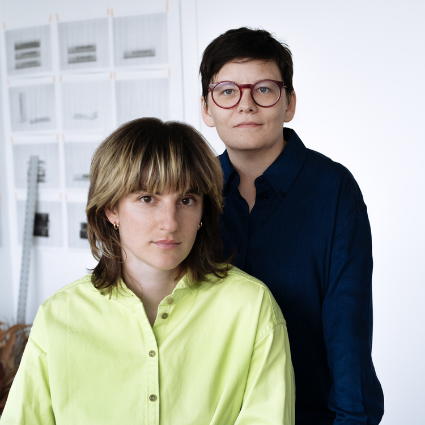 Jessica is a founding partner of the all queer female led production company Cousins along with Ana Veselic and Anne Alexander. She is the executive producer of Lifetime’s Her America: 50 Women, 50 States, a groundbreaking digital road trip exploring what women across the U.S. stand for after Trump’s election. She directed the documentary film Towards the North, as part of Humanity on the Move a campaign she produced about the global refugee crisis which received an IDA nomination and aired on PBS. She also produced the SXSW-winning, Emmy-nominated and Oscar-shortlisted documentary Kehinde Wiley: An Economy of Grace. Her other producing and directing work includes nonfiction television for CNN, New York Times and PBS covering topics including the Mongol Nation bikers, Child literacy in Vietnam and sex trafficking in America. She was the field producer for the PBS mini-series Half the Sky: Turning Opportunity into Oppression for Women Worldwide, which followed the reporting of New York Times columnist Nicholas Kristof. Ana Veselic is an award winning director and editor. She directed Cousins’ Lifetime documentary campaign Her America: 50 Women, 50 States, which took home a Clio in 2018. She was a producer and the Emmy nominated editor for the SXSW winning, Oscar-shortlisted short documentary, Kehinde Wiley: An Economy of Grace. After starting on films like Anniversary Party and Men in Black II, Ana landed in New York where she edited on-air docs, and wrote and directed on-air promos for cult favorite RuPaul’s Drag Race before founding her production company Cousins with Jessica Chermayeff and Anne Alexander. Ana has written and directed award winning short documentaries that cover the politics of style, nuances of gender expression, and self-actualization in magic among others. Her directorial work has been distributed on VICE, Vh1, Logo, A+E, PBS, the New York Times and others. Ana emigrated to the U.S at the onset of the Yugoslavian Civil War. Coming of age as a young woman in America, she could not find stories that reflected her experience. We hope to write one in La Flaca.

Alba Jaramillo is a Colombian-Puerto Rican documentary filmmaker based in New York and Medellín. She is a producer and commissioning editor for documentaries and series at BBC Reel. She was previously a producer for CNN’s Great Big Story and Moxie Pictures’ upcoming documentary series about education reform. Alba produced impact campaign events for Doc Society’s Good Pitch Local. She started out in documentary filmmaking as the production coordinator of the Academy Award-nominated and Emmy-winning film Cartel Land. She directed the film Project for a Collection which screened internationally in venues such as Big Sky, Havana International Film Festival and won Best Short Documentary at the Guayaquil International Film Festival. Her current film Motorrodillo, a Colombian-French co-production, is currently in post-production with the support of One World Media and the CNC - Centre national du cinéma. While completing her MFA in Media Arts Production at the State University of New York – Buffalo, she taught courses on immigration studies and film theory.