John Who Lives in the Dark

John Who Lives in the Dark is a feature length live action and animated documentary film about John Kapellas, a man who has lived in almost complete darkness for the past fourteen years because of a rare medical condition. The film explores the wondrous world John has created in his dark apartment while examining how he is utilizing art and music to unwind the grip of his traumatic past. 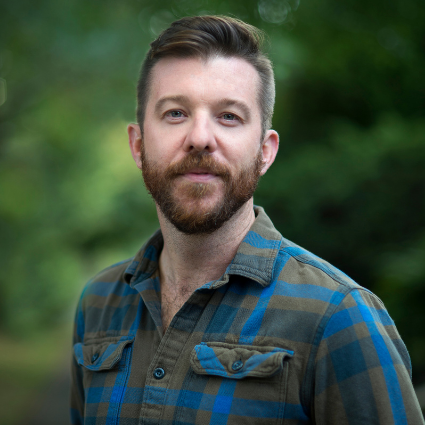 Jason Hanasik (Director/Cinematographer) is a documentary filmmaker, journalist, and visual artist whose work has been exhibited at the Smithsonian’s National Portrait Gallery, IDFA, the Camden International Film Festival, and other international and domestic museums, galleries, and film festivals. His short film "How To Make A Pearl" was distributed by The Guardian and nominated for a Student Academy Award and an IDA award. His second Guardian Documentary, "A Childhood On Fire," screened at Aesthetica Short Film Festival, SFFILM Doc Stories, and at DOC NYC, where it received a Special Mention for Cinematography. Jason’s photography monograph, "I slowly watched him disappear," is in the collections of the Metropolitan Museum of Art and NYC’s MoMA. Jason has previously received funding from The Berkeley Film Foundation and The Filmmaker Fund. Jason has a MJ from UC Berkeley’s Graduate School of Journalism and an MFA from California College of the Arts.