A Death Row inmate confesses to a crime after 30 years of maintaining his innocence. Now, an activist who once fought for his innocence is faced with the moral dilemma of whether the fight was in vain. CHAIN OF ROCKS is an animated feature-length documentary that explores the complexities of race and masculinity and how they skew our worldview and play a role in oppressive systems. 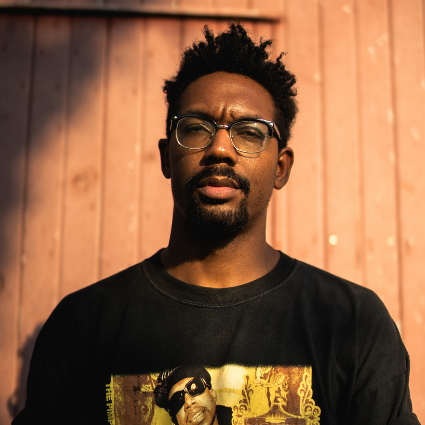 Damon Davis is an award-winning post-disciplinary artist who works and resides in St. Louis, Missouri. His work spans illustration, painting, printmaking, music, film, and public art. His solo exhibition “Darker Gods in the Garden of Low Hanging Heavens” premiered in St. Louis in 2018, later traveling to Art Basel Miami 2018. Damon has work in the permanent collection at the Smithsonian’s National Museum of African American History and Culture and has exhibited at the Museum of Contemporary African Diaspora Arts and the San Diego Contemporary Museum of Art. As a filmmaker, Damon’s work has been nominated for Critics’ Choice, Gotham, and NAACP Image awards. The documentary short A STORY TO TELL (2013) profiled Damon’s work and creative process and earned him an Emmy Award Mid-America for Best Short Form Program as a producer. In 2016, Filmmaker Magazine selected him for their “25 New Faces of Independent Film” for his directorial work on the critically-acclaimed documentary WHOSE STREETS?, which chronicled the Ferguson rebellion of 2014 and premiered at Sundance 2017. Damon is a 2015 Firelight Media Fellow, a 2016 Sundance Music and Sound Design Lab Fellow, a 2017 TED Fellow, and a 2017 Route 100 Honoree. 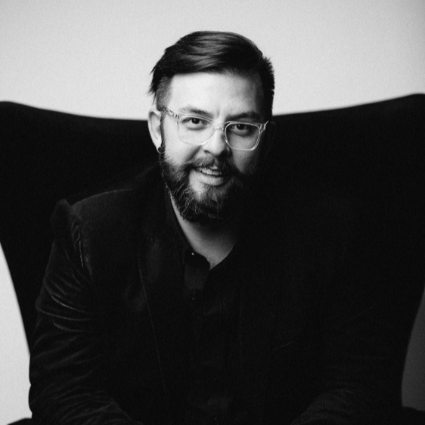 Chris Renteria is a Mexican American filmmaker and has produced and lensed films focused on social and environmental challenges and the brilliant people at the center advocating for change in communities across America. Magnolia Pictures’ WHOSE STREETS? co-directed by Sabaah Folayan and Damon Davis was Chris’ first foray as a producer for feature-length documentary films. The film premiered at the Sundance Film Festival in 2017 and was nominated for a Critic’s Choice, Gotham, Peabody, NAACP Image awards and recently featured as a permanent exhibit at the Academy Museum of Motion Pictures in Los Angeles. Most recently, he served as cinematographer for the Academy Award-nominated ST. LOUIS SUPERMAN directed by Smriti Mundrah and Sami Khan (MTV Documentary Films). Chris is a 2021 Sundance Institute Producer Lab, Documentary Film Fund and Catalyst Fellow, member of the IATSE ICG Local 600, Society of Camera Operators, a Board Member of the Documentary Producers Alliance, and was recently spotlighted on Ava DuVernay’s ARRAY CREW. He has also been selected as the inaugural mentor of the mama.film Story Lab connecting regionally-based emerging storytellers with seasoned creatives.