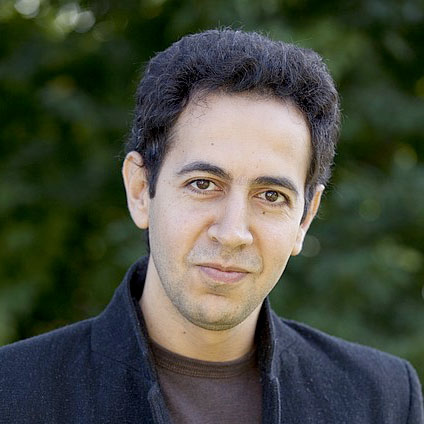 Siam is a documentary and fiction filmmaker from Egypt. After a brief period studying psychology, he then studied filmmaking before working in the cinema industry in Egypt as an Assistant Director on narrative feature films including as 1st AD on the Canal Plus feature documentary The City Of The Dead.

A coming of age story in the post-revolution Egypt following a young girl over 4 years from the age of 15-19, this observational self-discovery journey follows one girl’s exploration and search for her own place, identity and sexuality growing up in a male-dominant violent society within a constantly changing country as she transitions from childhood into adulthood while we witness what does it take to grow up as a young female within a police state in a post-revolution era, and how little choices a young woman could have.

After two short years of the hope sparked by the Egyptian revolution in 2011, free elections took place but were followed by a military takeover. Egypt returned to its former state of dictatorship, leaving the wounds of a hijacked revolution to fester.

The film starts with Amal as a kid at the age of 14 after she was dragged from the police in the middle of the square in a very famous footage that was broadcasted worldwide and never seen who was that young girl behind that footage with her face covered by the sticks and shoes of the soldiers. After all the protests are gone and the media circus is wrapped up, we start the film by following Amal’s transformative journey through the veil, depression, attempting suicide, education, love through finding her sexual orientation to the pressure of conforming to the society.

Amal embodies that confusion that Egypt has as a state. Each is trying to reach an adult status while the political twists are effecting every single decision of hers in these multiple crossroads in her life to shape her life with these decisions.

Amal, whose name literally translates to “hope”, is carving a place for herself within this hostile environment by defying an older generation and a pro-state family with her judge mother and her uncle who is the current governor of Cairo.

“Portrays in ma fresh, close-up and dynamic way the energy of a socially marginalized young woman in today’s Egypt.”