Three generations of the Fiddler family from the Cheyenne River Sioux Tribe reservation experience both tenderness and tragedy over the course of nearly ten years.

Without Arrows is a longitudinal portrait of a Native American family. Three generations of the Fiddler family living on the Cheyenne River Sioux Tribe reservation experience both tenderness and tragedy over the course of nearly ten years.

Delwin Fiddler Jr. left home on the reservation as a young man to build a new life in Philadelphia. Thirteen years later he misses home and leaves everything behind to return to his family and tribe where everything and nothing has changed. 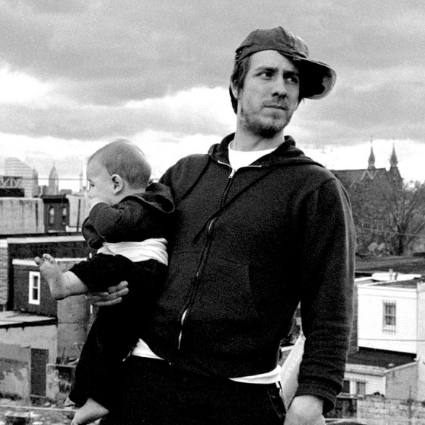 Jonathan Olshefski is an artist and documentary filmmaker. In 2017 he was named as one of 25 New Faces in Independent Film by Filmmaker Magazine and mentioned in the New York Times as one of “The 9 New Directors You Need to Watch.” In 2018 he received the “Truer than Than Fiction Award” at the Independent Spirit Awards and was selected for a Pew Artist Fellowship. Olshefski strives to tell intimate and nuanced stories that honor his subjects’ complexity by employing a production process that emphasizes collaboration, dialogue, and relationship in order to amplify their voices and reflect their points of view in an artful way. He has an MFA in Film and Media Arts from Temple University and is an Associate Professor at Rowan University where he teaches in the department of Radio, TV, and Film. He lives in Philadelphia with his wife and two sons. You can view his portfolio here: olshefski.org