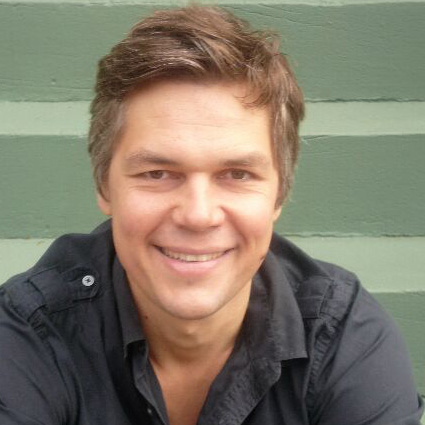 Till Schauder’s U.S. debut feature SANTA SMOKES won several international awards, among them Best Director at the Tokyo International Film Festival and the Studio Hamburg Newcomer Award. In 2012, Schauder completed his first feature documentary, the critically acclaimed THE IRAN JOB, which was released worldwide and shortlisted for a German Academy Award. He was awarded the prestigious Gerd-Ruge-Stipendium in Germany for WHEN GOD SLEEPS. The film also received funding from the Sundance Institute and is co-produced by ITVS and WDR, and Executive Produced by Motto Pictures, Catapult Film Fund, and Fork Films. Based on a rough cut the film received a Cinema for Peace award for "Most Valuable Documentary of the Year" in Berlin this year. WHEN GOD SLEEPS will have its world premiere at the Tribeca Film Festival in 2017. Schauder is currently working on several films, including a feature documentary with ARD about a group of German-Muslim activists who fight religiously motivated terrorism with performance art (Winner, ARD Top of the Docs Award 2016), and a U.S. produced documentary about the Jamaican National Soccer team. Schauder received his MA at the University of Television and Film, Munich. He teaches film at NYU and Vermont College of Fine Arts.

When God Sleeps depicts the journey of Iranian musician Shahin Najafi who is forced into hiding after hardline clerics issue a fatwa for his death, incensed by a rap song that focuses on the oppression of women, sexism and human rights abuses.

“My songs didn’t make me famous. The fatwa did.” And so we embark on the journey of rapper Shahin Najafi, whose bold style and transgressive lyrics put him in the crosshairs of religious clerics in his native Iran. When God Sleeps tells the story of this tireless artist-activist against the backdrop of the 2015 Paris terrorist attacks and the global right-wing backlash against Middle Eastern refugees. Shahin’s escape leads to an impossible romance when he falls in love with the granddaughter of the first Prime Minister of the Islamic Republic of Iran. With such family backgrounds, Shahin and Leili become a modern day Romeo & Juliet, caught in the storm of Europe’s refugee crisis, rising Trumpism and global uneasiness about the increasingly brutal clash between art and religion.

“Portrays in ma fresh, close-up and dynamic way the energy of a socially marginalized young woman in today’s Egypt.”