In 1984, artist Bruce Conner filmed over forty hours of rehearsals, performances and interviews for a documentary on the legendary gospel group, the Soul Stirrers. When he died in 2008, the project was shelved. Until now.

In 1984, following the completion of his 17th short film, renowned American artist Bruce Conner embarked on his first feature – a documentary on the legendary gospel quartet, the Soul Stirrers.  Inducted into the Rock & Roll Hall of Fame in 1989, the Soul Stirrers are revered to this day for their pioneering vocal techniques and arrangements that heavily influenced gospel, doo wop and R&B. Conner organized a reunion of the original members from the group’s heyday in the 1940’s and ‘50’s, a period also known for the dismantling of Jim Crow (in name) and the rise of Civil Rights. Using five camera crews shooting in 16mm, this 1984 reunion footage comprises the narrative spine of Untitled Bruce Conner/Soul Stirrers - including footage of Conner on camera as well.

While the core of the film is comprised of Conner’s intimate footage of the individuals behind the revolutionary gospel group, including rehearsals and interviews, it is important to note that this is not a “posthumous” Conner production.  Rather, Untitled both honors Conner’s original vision of the definitive portrait of one of the most influential groups in music history and seeks to move its audience through the power of the Soul Stirrers’ music, and by making urgent for today their story as it parallels dramatic changes in American society across several decades. 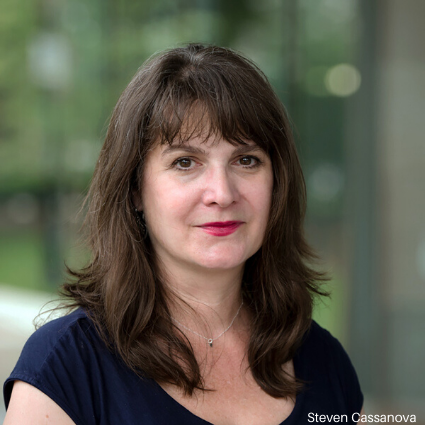 Born in Brooklyn in 1968, Sasha Waters Freyer makes non-fiction films about outsiders, misfits and everyday radicals. Trained in photography and the documentary tradition, she fuses original and found footage in 16mm film and digital media. Her 2018 documentary, Garry Winogrand: All Things are Photographable, screened theatrically and at festivals around the world, premiered on the PBS series American Masters in 2019, and was called one of the year's best films by The New Yorker's Richard Brody. Waters Freyer’s 16mm experimental short films include lyrical explorations of motherhood and essay films on the cultural and political legacies of the late 20th century. Past films have screened at the Telluride Film Festival, the Film Society of Lincoln Center, the Rotterdam, Tribeca, Big Sky, Havana, Videoex, San Francisco and Ann Arbor Film Festivals; IMAGES in Toronto, the National Gallery, the National Museum for Women in the Arts, the Museum of the Moving Image in New York, Union Docs, L.A. Film Forum, and Rencontres Internationales Paris/Berlin, as well as the Sundance Channel and international cable and public television. She is a Professor in Virginia Commonwealth University’s School of the Arts.