In the Badlands of the American Midwest, a ‘bad’ landscape is teeming with life and crucial lessons about environmental entanglement and the complexities of stewardship.

Topography: Badlands (working title) is set in and around the Badlands of South Dakota, a landscape sculpted by erosion, the Great Plains, and vast skies. The film explores the ways people relate to the land, investigating histories of settler-colonialism, environmental preservation, and how perceptions and ideology shape the land itself. Considering the Badlands as a protagonist, the film becomes a vast and deep frame through which uncountable flora and fauna, human and non-human have moved through for millennia. Woven together, these create a deeply nuanced portrait across time, history and species. 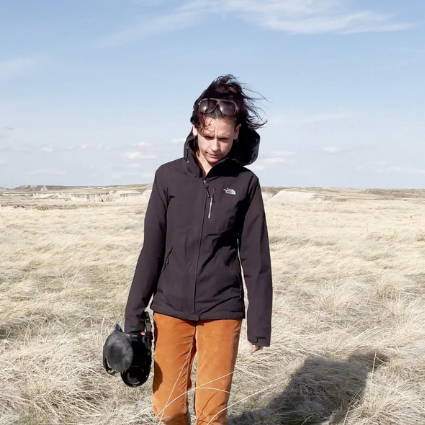 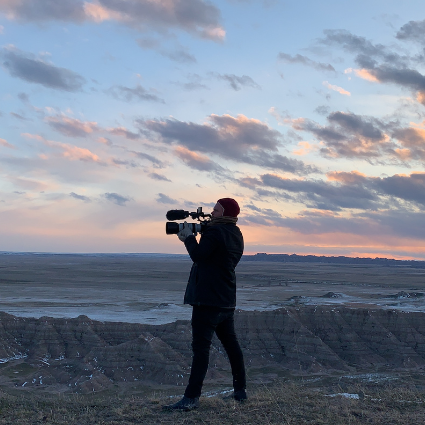 Alexander Porter (co-director, co-producer) is an Emmy award-winning immersive director, documentarian, and educator. He is recognized for defining the discipline of Volumetric Filmmaking through immersive productions, and creating virtual and augmented reality creativity tools. Alexander is an inventor and designer behind the first and most widely used software for volumetric video production. Alexander creates transmedia documentary projects with his partner, Hannah Jayanti. The most recent is the feature “Truth or Consequences” (Rotterdam, 2020), a ‘speculative documentary’ film about the world’s first spaceport and the town nearby. The project comprises a feature film, a local film festival, and a bespoke virtual cinematography tool, designed to virtually film 3D reconstructions culled from video footage and brought to life in virtual reality. Recent VR credits include “The Changing Same” (Sundance, 2021), directing “Blackout” (Tribeca Storyscapes, 2017), directing “Styles & Customs” (Carnegie Museum of Art, 2017). Alexander was nominated for a Cinema Eye Honors Award for Alex Gibney’s “Zero Days” (Berlin, 2016), won an Emmy for “Zero Days VR” (Sundance, 2017), other credits include “Love Child” (Sundance, 2014), “CLOUDS” (Sundance, 2014). He has taught at NYU’s ITP, SVA, JHU, and spoken at MIT, Museum of Art & Design, Carnegie Museum of Art, School of the Art Institute of Chicago, and Eyebeam among many others.