The former barber to Prime Minister of Pakistan singlehandedly aids women and children who have escaped from sexual trafficking, slavery and threats of “honor killing.”

In the small, dusty town of Larkana, Pakistan, seven hours drive from the bustling port city of Karachi lives a poor, uneducated barber. This old man seems just like anyone else in the village, except that he has sacrificed everything to single handedly rescue over 8,000 lost and kidnapped children. The Path follows his journey, both physical and spiritual, from his old life as the personal barber of Pakistan’s Prime Minister to his simple and straightforward life as the savior of thousands. 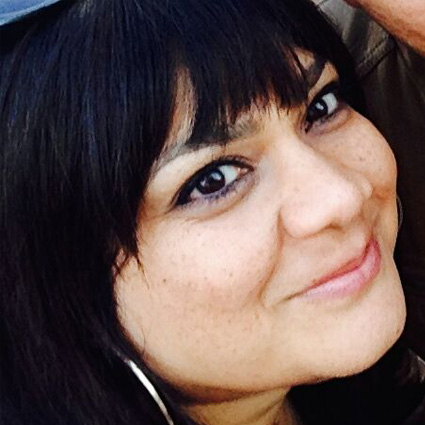 A Peabody winning director, producer, Senain is most notably a director of feature documentaries such as the Emmy-nominated, The Diplomat (ESPN Nine for IX) and film Kashmir (Independent Lens). She has also directed several short films as well as produced films with acclaimed directors Davis Guggenheim (Inconvenient Truth), James Longley (Iraq in Fragments) and Morgan Spurlock (Super Size Me) and Ross Kauffman (Born Into Brothels).   Her films have premiered at IDFA, Tribeca, The Human Rights Watch International Film Festival as well as screened at festivals and showcases around the world. film Kashmir was selected as part of the US State Department’s prestigious ‘American Documentary Showcase.’ Production and distribution partners for her films have included Independent Lens, Ch. 4 (UK), CNN, Cinelan, Focus Forward, CNN, ABC News, & A&E. Senain has received a Rockefeller/Media Arts Fellowship, three Sundance Fellowships, and two Tribeca All Access Fellowships. Her films have received funding from Sundance, Cinereach, Fledgling Fund, ITVS, Catapult, Tribeca All Access, and CAAM. Senain has served on panels and juries at Sundance, Hot Docs, Sheffield Doc/Fest, ITVS, CAAM, Docuweeks, and the IDA Awards. Senain is currently directing a Sundance and Tribeca-funded documentary in Pakistan as well as a documentary digital series for PBS’ Independent Lens. She is also moving into fiction filmmaking with a new series she is writing and directing for Warner Brothers.  Senain very proudly serves on the Board of Directors of the International