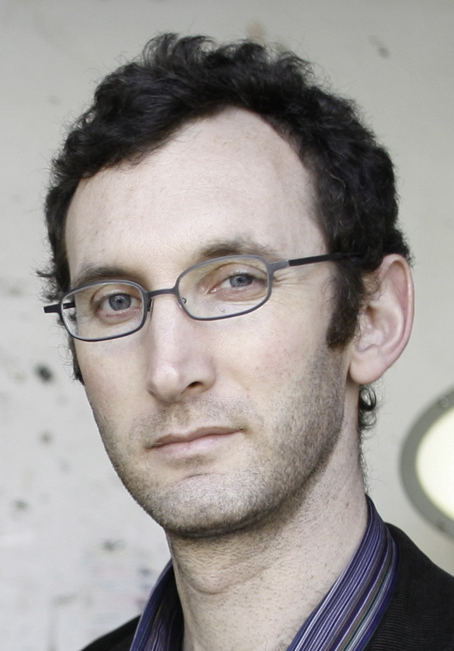 Jesse Moss is a Sundance Award-winning director and cinematographer. He produced, directed and photographed The Overnighters, a feature documentary set in the North Dakota oilfields. Other recent films include The Bandit, a feature documentary for CMT about 70s superstar Burt Reynolds and his friend, roommate and stunt-double Hal Needham; Protect & Serve, a short documentary for The New Yorker Magazine’s new series for Amazon Prime, focusing on the Albuquerque Police Department and the wrongful killing of civilians, based on an article by Rachel Aviv; Killing the Colorado, an omnibus feature documentary for the Discovery Channel focusing on Western water issues, with contributions from some of America’s most acclaimed documentary filmmakers; and Meet Your Maker, a short film for Sony Playstation. He is currently directing one episode of a new series for Netflix/Jigsaw. In addition to his independent film work, he has produced and directed documentaries for National Geographic, Discovery, A&E and AMC. Moss has twice been a fellow of the MacDowell Colony and the Sundance Institute Documentary Film Program. He is a creative advisor at the Sundance Documentary Edit and Story Lab and a member of the Academy of Motion Picture Arts and Sciences. He frequently collaborates with his wife and co-conspirator Amanda McBaine, through their company Mile End Films.

Desperate, broken men chase their dreams and run from their demons in the North Dakota oil fields. A local Pastor risks everything to help them.

In search of a better life or a quick dollar, thousands of desperate men and women flock to Williston, North Dakota looking for work in the oil fields and often arrive with little more than the clothes on their backs or the cars they are driving.

Housing in Williston has become scarce and expensive, leaving even those who have found employment without a place to live. These newcomers arrive at Concordia Lutheran Church everyday seeking help, which prompts Pastor Jay Reinke to open the church’s doors to allow the “Overnighters,” as he calls them, to stay for a night, a week or sometimes even longer, sleeping on the floor, in the pews and in their cars in the Church parking lot. Far from home, and their families, they are desperately seeking the American Dream. On some nights, as many as sixty people call the Church home, which creates a vibrant but unruly ad- hoc community.

Members of Pastor Reinke’s congregation and the church’s neighbors voice their concerns about the overnighters, while the recent murder of a local schoolteacher by out-of-towners has sown fear and distrust in Williston. The local newspaper’s sensational coverage of violent crime in the area contributes to a growing sense of unease. Yet Pastor Reinke remains determined to unite a divided community. “The last thing we need to do is serve our fear,” he says.

As Pastor Reinke fights for these men and women against growing opposition, he is drawn into the whirlpool of their troubled lives. Some of them have criminal records, while others carry heavy emotional and psychological burdens.

Concerned that the presence of a registered sex offender named Keith in the church parking lot may invite the newspaper’s scrutiny and further erode support for the Overnighters program, the Pastor makes a decision with fateful consequences. He invites Keith to live in his own home, with his own family.

A disgruntled former Overnighter tips off the newspaper, and things start to spiral out of control. Although Pastor Reinke fights valiantly to defend the program, the crisis continues to grow.

Facing an unyielding flood of migrants and opposition in seemingly every corner, the Pastor refuses to concede. But even he begins to question his own judgment. The moral imperative to “love thy neighbor” proves much easier to preach than live. The toll on the Pastor’s family continues to grow as he is forced to confess a secret to his wife Andrea that has shattering consequences. It’s a revelation that unlocks our understanding of his commitment to help “broken” men and fight for an inclusive community.

"The director, Jesse Moss, plays it as it lays. An observational, near-invisible presence, he fills the frame with the faces of economic deprivation and bad choices, neither judging nor sugarcoating. What emerges is a blue-collar meditation on the meaning of community and the imperative of compassion."

“Through patience, skill, discretion, and trust…. Moss has crafted one of the best documentaries of the year.”

“A remarkable nonfiction essay on golden rules and grand intentions and oil booms that do not pay off for everyone… a rich and troubling documentary highlight of the year.”

“Like a punch in the gut. I can’t remember the last time a documentary hit me so hard… layered, provocative, and surprisingly intimate”

“If John Steinbeck were writing in the second decade of the 21st century, “The Overnighters” is precisely the story he’d want to tell”

“Remarkable for capturing again and again powerful contradictions. It explores an economic moment but also offers a portrait of spiritual commitment and struggle. It raises questions that need consideration as much in boom-times as in bust crises.”

“Jesse Moss’s tough, absorbing documentary could almost be a modern-day Grapes of Wrath”