The Oldest Person in the World

The Oldest Person in the World weaves together portraits of the people who hold the Guinness Record for being the oldest person alive, serving as a meditation on time and the poignancy of being alive.

The Guinness record for being the oldest person in the world changes frequently; one super old person dies and the title goes to a slightly younger super old person. The record says a great deal about who we are: about fate, mortality, and the knowledge and experiences that will be lost forever as time passes and the world moves inexorably forward. Reporters interview the oldest person in their community, asking them their secret to longevity and attributing it to a daily shot of whiskey, a plucky attitude, or their love for God. But there is something profound that is not being addressed. The media hype is as much about our celebration of life as it is about our anxiety about what time does to our bodies, our minds, and our relevance. We are going to film each individual who becomes the oldest person in the world from here on out. The film’s form will mirror the fleeting nature of our lives as well as the fact that the only way to become the oldest person in the world is to allow time to pass – and to persist. It will be a life work, a never-ending film that will be screened for years to come. 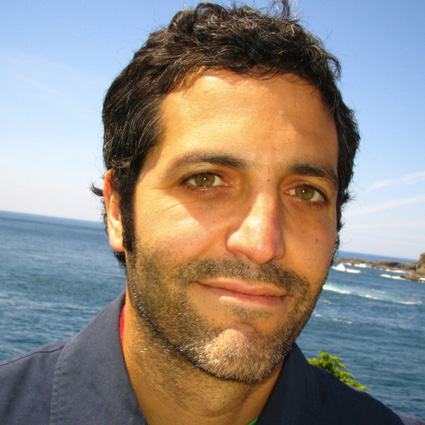 Sam Green received his Master’s Degree in Journalism from University of California Berkeley, where he studied documentary with acclaimed filmmaker Marlon Riggs. Sam’s most recent films are the "live documentaries" THE MEASURE OF ALL THINGS, (2014), THE LOVE SONG OF R. BUCKMINSTER FULLER (with Yo La Tengo) (2012), and UTOPIA IN FOUR MOVEMENTS (2010). With these works, Sam narrates the film in-person while musicians perform a live soundtrack. Sam’s 2004 feature-length film, the Academy Award-nominated documentary THE WEATHER UNDERGROUND, tells the story of a group of radical young women and men who tried to violently overthrow the United States government during the late 1960s and 70s. The film premiered at the Sundance Film Festival, was broadcast on PBS, included in the Whitney Biennial, and has screened widely around the world. Sam is also a prolific maker of short documentaries, including THE RAINBOW MAN/JOHN 3:16, LOT 63, GRAVE C, PIE FIGHT ’69 (directed with Christian Bruno), N-JUDAH 5:30, and THE FABULOUS STAINS: BEHIND THE MOVIE (directed with Sarah Jacobson). He has received grants from Creative Capital, the San Francisco Arts Commission, the Rockefeller and Guggenheim Foundations, and the National Endowment for the Arts.