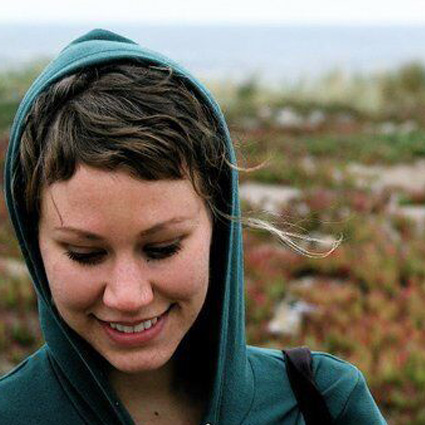 Sara Dosa is a documentary filmmaker based in San Francisco, California. Dosa’s feature documentary directorial debut, THE LAST SEASON made its World Premiere in Competition at the 2014 San Francisco International Film Festival, taking home a Golden Gate Award for “Best Bay Area Documentary” and went on to tour the national and international festival circuit. THE LAST SEASON was nominated for the Indie Spirit “Truer than Fiction Award,” was acquired by PBS for national broadcast and by First Run Features for its 2015 theatrical release. Most recently, she co-produced AN INCONVENIENT SEQUEL: TRUTH TO POWER, the follow-up documentary to Al Gore’s seminal AN INCONVENIENT TRUTH, which premiered on Opening Night at the 2017 Sundance Film Festival and made its international premiere at Cannes. Dosa produced the award-winning AUDRIE & DAISY about teenage sexual assault and bullying, which premiered at the 2016 Sundance Film Festival and was acquired by Netflix Originals. She is currently directing her second feature called THE SEER AND THE UNSEEN, a character driven environmental film about about the surprising power of belief in Iceland; and, is co-producing Banker White and Anna Fitch's SURVIVORS about Ebola in Sierra Leone as well as Petra Costa’s IMPEACHMENT about the impeachment of Brazilian president Dilma Rousseff. Other credits include associate and field producing the 2013 Sundance award-winning INEQUALITY FOR ALL; and, the acclaimed Brazilian documentary, ELENA (IDFA, 2012). Dosa graduated from Wesleyan University holds a joint Masters in Anthropology and International Development Economics from the London School of Economics.

Told through the personal stories of two former soldiers turned wild mushroom hunters, The Last Season is a journey into the woods, into the memory of war and survival, telling a story of family from an unexpected place.

Amid the bustling world of Central Oregon’s wild matsutake mushroom hunting camps, the lives of two former soldiers intersect. Roger, a 75 year-old sniper with the US Special Forces in Vietnam, and Kouy, a 46 year-old platoon leader who battled Cambodia’s brutal Khmer Rouge, come together each fall to hunt the elusive matsutake mushroom, a rare mushroom prized in Japanese culture and cuisine. However, the pair discover more than just mushrooms in the woods: they find a new life, and livelihood; and a means to slowly heal the scarring wounds of war. Told over the course of one matsutake mushroom season, The Last Season is a journey into the woods, into the memory of war and survival, telling a story of family from an unexpected place.

"Filmgoers who slip into the groove of its meditative wavelength will be enthralled and touched in ways that most nonfiction doesn’t even approach…the layers of visual and aural detail invite the viewer to contemplate a geographical and anthropological comparison that no one speaks of directly.”

“[The Last Season] hunts down and captures the essence of the modern documentary, slowly and surreptitiously seducing you into the ever-enlarging story languishing beneath the surface...starting with its very title, "the last season" has a mournful air, which only increases as we delve into the lives of two wounded warriors and winters arrives. But Dosa doesn't dive into the sepulchral ending we know must come and the men's homespun philosophy and egalitarianism keep them standing and staring into the light—an excellent testament to the benefits of believing in the new west. "

“The Last Season manages to depict their complex relationship with an emotional grace that exudes from the film alongside its ethnographic intentions…the director has found a richly textured story of cultural coagulation in which men are united by violence, global commerce, and finally, respect – for each other and the forest which soothes and supports them all.“

“Dosa makes the matsutake a metaphor for the cycles of life, and has created a lyrical ode to the wonders of love and nature, even amid inevitable change.”