The Futurists is a sci-fi documentary about real-life Latinx visionaries who are creating the world of tomorrow. It follows Quemuel “Q” Arroyo, a 33-year-old paraplegic and first-ever Chief Accessibility Officer of NYC’s transit authority, on a journey to transform the aging system into one that is accessible for all. To overcome the obstacles in his path, Q seeks out other Latinx Futurists who are changing the worlds of space travel, climate, politics, and media. 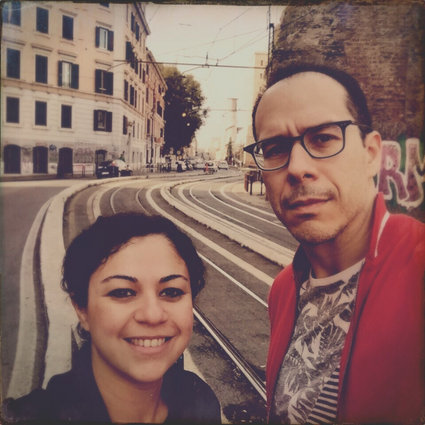 Elan & Jonathan Bogarín are Venezuelan-American siblings and Emmy-winning director/producers. Their feature film 306 Hollywood, called a “landmark” by rogerebert.com, premiered opening night of the 2018 Sundance Film Festival, was featured in over 10 ‘best of 2018’ lists, played over 75 festivals, won multiple awards, and was broadcast on PBS’s POV and Amazon Prime. They have been nominated for Emmy, Gotham, Spirit, and Critics’ Choice awards and were chosen for Filmmaker Magazine’s 25 New Faces of Film, DOC NYC’s 40 Under 40, and Emerging International Filmmakers at Hot Docs. Jonathan and Elan are the founders and directors of El Tigre Productions where they create innovative bilingual content and digital strategy for the world’s leading museums and brands including Google, MoMA, The Getty, The Whitney, Colección Cisneros, and The New York Times. They have received support from organizations including Sundance, Concordia Studios, Artemis Rising Foundation, Ford Foundation / Just Films, NYSCA, Latino Public Broadcasting, and IFP. Elan is also co-founder and former Executive Director of the Wassaic Project, an arts festival and residency in Wassaic, NY that has worked with over 1,500 creatives and 34,000 visitors from around the world. Jonathan is also a visual artist and educator specializing in public art projects made in collaboration with community organizations and youth. Elan and Jonathan’s background in the arts has laid the groundwork for their belief that imagination is a powerful tool for social change.