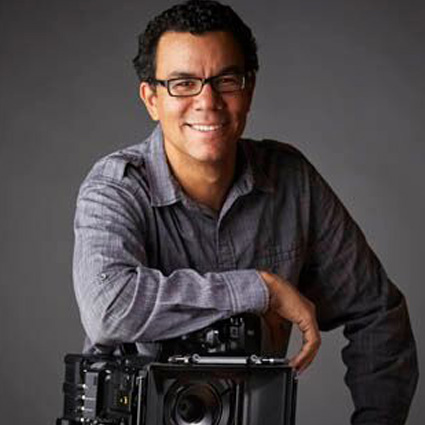 Peter Nicks is an Oakland-based filmmaker known for his feature documentary The Waiting Room, which was released in 2012 to critical acclaim and shortlisted for an Academy Award. Nicks is now in post-production on The Force, the second of a trilogy of character-driven documentaries exploring the intersections of health care, criminal justice and education in Oakland, CA. The films are produced under his non-profit banner Open’hood, which builds community engagement and digital media initiatives around each film that are used by local stakeholders, educators, media and the general public. Nicks is also developing his first narrative film Escaping Morgantown, loosely based on the year he spent in federal prison in the early 90s, for which he received a SFFS/KRF screenwriting grant. He was recently named a United States Artist Fellow and a Film Independent Fellow. He received his B.A. in English from Howard University and his M.A. in journalism from UC Berkeley. He lives in the Bay Area with his wife and two children.

This is a film about police power and restraint, unfolding deep inside the famously troubled Oakland Police Department. We observe in intimate detail the rare perspective of beleaguered officers who are often viewed as oppressors in the community they serve, even as they and their young chief struggle to rebuild trust in the face of mass protests, budget cuts, and more violent crimes per officer than any city in America.

Following on Pete Nicks’ acclaimed documentary The Waiting Room, this is the second in a trilogy of Open’hood films exploring the interlocking narratives of public institutions and the communities they serve in Oakland, CA.

These stories of one American city reflect larger national issues, much as The Wire set issues of national concern in Baltimore. Clearly, policing in Oakland echoes universal challenges facing virtually every force in the country: the high wire balancing act of enforcing the law while also protecting constitutional rights of all citizens, the long seething relationship between communities of color and their police, the politicization of policing, a swift change in methods of policing, draconian budget cuts, and Oakland’s aggressive efforts at real reform.

Exploration of these issues is structured around an ambitious composite look at the whole career sweep of a police officer, constructed from cinema verite portraits of men and women at different stages of their lives and careers: the lived experience of cadet, rookie, mid career, and lifer. The overarching on-screen point of view of this film is entirely from the inside the force and inside the communities with which it engages. The sights and sounds are of the street, the stories are community-based.

This is a film about the exercise of power and the use of force. At its core is the question of how beleaguered law enforcement can keep a city safe while also guarding civil liberties. The narrative theme is nothing less than the wholesale transformation of a long-troubled police force under quietly aggressive new leadership, with particular attention to training, community policing, and issues of race and inequality. We aim to fuel a robust national dialogue, but will not pretend to resolve it as we watch the new chief and his officers attempt to reclaim the integrity of a critical public institution.

“The result, unusual in a documentary involving the police and the public, is a film that does not advocate for anything but the truth, one that aims to show what happens on both sides of an issue rather than coming down in favor of one or the other.”

"The movie may offer an incriminatory catalog of organizational failure, but it also repeatedly shows people trying to make the system work."

"A strong film that tackles a charged subject in a fair and even-handed manner. The Force will give viewers of all social and political persuasions much to think about afterwards."