The Ants Are Still Burning

The Ants Are Still Burning will explore a grade school event from 50 years ago and explore the nature of trauma, memory, and shame.

In the early 1990’s, I was working on a film about boyhood cruelty and male socialization that would later become The Smell of Burning Ants. I conceived this film while looking for footage for a different project. In an old educational film, I discovered a scene of boys fighting. While one boy pushes another around, a third boy throws in a quick punch. The punch was so quick that if you blinked you would have missed it. But I didn’t. That punch from the third boy transported me back to a 5th grade incident where I was that boy; I was that collaborator. I hadn’t thought of that incident until seeing that punch.

While making the film and for years later, a series of remarkable events unfolded connected to this project. I discovered that I was not the only one who never forgot this incident. The Ants Are Still Burning will explore these “coincidences” and the elusiveness of memory and how experiences in your past can come back to haunt you. 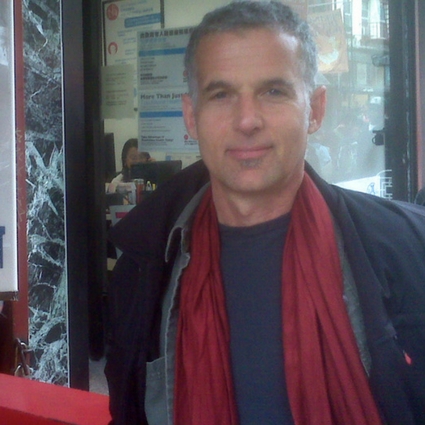 Jay Rosenblatt is an internationally recognized artist who has been working as an independent filmmaker since 1980 and has completed over thirty films. His work explores our emotional and psychological cores. They are personal in their content yet universal in their appeal. Jay’s films have received over 100 awards and have screened throughout the world. A selection of his films had theatrical runs at the Film Forum in New York and at theaters around the country. In October 2010, he had a feature length program of recent work screen for a week at the Museum of Modern Art in New York. Eight of his films have been at the Sundance Film Festival and several of his films have shown on HBO/Cinemax, PBS and the Sundance Channel. Articles about his work have appeared in the Sunday NY Times Arts & Leisure section, the LA Times, the NY Times, Filmmaker magazine and the Village Voice. Jay is a recipient of a Guggenheim, USA Artists and a Rockefeller Fellowship. He has been a member of the Academy of Motion Picture Arts and Sciences since 2002 and served on the Executive Committee of the Documentary Branch for nine years.