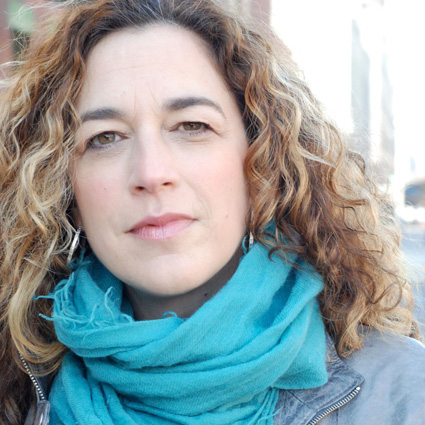 Kristi Jacobson is a NY-based filmmaker whose films capture nuanced, intimate, and provocative portrayals of individuals and communities. Her film, A Place at the Table (Participant Media/Magnolia Pictures), called “one of the most important…and gripping non-fiction films to debut in some time” by Indiewire, premiered at the 2012 Sundance Film Festival before its theatrical release in over 35 U.S. cities. Previous films include the critically acclaimed Toots, winner of the National Board of Review’s 2007 Top Documentary Award, and American Standoff (HBO), produced by two-time Oscar winner Barbara Kopple. Jacobson is a member of the Director’s Guild of America, NYWIFT, and a two-time Sundance Creative Producing Fellow. She is a recipient of grants from Tribeca Film Institute, Sundance Institute DFP, Chicken & Egg Pictures, and many others.

Solitary is a daring exploration of the lives of inmates and corrections officers in one of America’s most notorious supermax prisons, built to hold inmates in 8x10 cells, 23-hours-a-day, for months, years and sometimes decades.

Built on an Appalachian mountaintop, Red Onion State Prison (one of over 40 supermax prisons across the US built to hold inmates in solitary confinement in 8’x10’ cells for 23 hours a day) is nearly 300 miles from any urban center. Inmates are placed in solitary confinement by prison authorities, they are not sentenced to it by a judge or jury.

In the immersive Solitary, filmmaker Kristi Jacobson (A Place at the Table) gained unprecedented access to Red Onion and its residents, capturing its chilling sounds and haunting atmosphere. In startlingly intimate and reflective interviews with the inmates, Jacobson discovers their violent childhoods, the dangers of prison life, and their struggles to maintain sanity in the unrelenting monotony of confinement.

Interwoven with their stories are the voices of the corrections officers, who are serving a different type of time right alongside the prisoners, while they struggle to maintain their humanity. As the prison initiates a reform program to reduce the number of inmates held in solitary, the process provides an unexpected window into life on both sides of the bars.

Filmed over the course of one year, Solitary tells the stories of people caught in the complex American penal system and raises provocative questions about punishment in America today.

“Unflinching. SOLITARY” pinpoints how institutions such as Red Onion [supermax prison] cultivate physical and emotional brutality in everyone who steps through its gates.

“Refusing to shy away from harsh truths..  SOLITARY offers a complicated portrait of 21st-century crime and punishment.”

“An act of wide-ranging compassion, Kristi Jacobson's Solitary leaves crime-and-punishment statistics aside and takes us into a single Supermax prison in Virginia.”