Vetrichelvi is a former LTTE terrorist, a handicapped victim of war and a writer. Her name means Mrs. Victory and she is about to go on a mission - to find her former comrades and write a book about untold stories of civil war in Sri Lanka, even if it means risking her life. 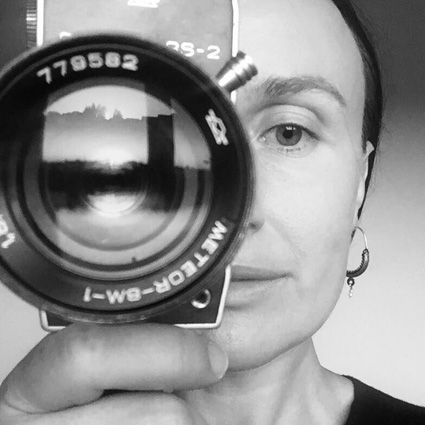 Agnieszka Zwiefka is a documentary film director, winner of Silver Horn at Krakow Film Festival, the Big Golden Nanook at Flahertiana Festival, Urania Award at LET’S CEE Festival, Zoom Award at MFF T-Mobile New Horizons and many others. Her latest film "The Queen of Silence" (2014) premiered at IDFA festival in Amsterdam in the main competition and was screened at over 50 festivals worldwide, awarded 15 times and coproduced by such TV stations as HBO Europe, ZDF/ARTE, SVT, YLE and RAI. In her films she balances between reality and fantasy, creating hybrids that cross the border between documentary and fiction. Agnieszka Zwiefka also holds a PhD degree in media studies and works as a lecturer at the Institute of Journalism and Social Communication at the University of Wroclaw.