Punch 9 for Harold Washington tells, for the first time, the story of how Harold Washington, by becoming Chicago’s first Black mayor, changed American politics. The coalition he forged transformed the local and national Democratic Party and helped launch the career of Barack Obama.

Barack Obama moved to Chicago in 1985, in part, because of a man he’d never met: Harold Washington. Obama would later tell the Congressional Black Caucus: “For those of you who recall that era and recall Chicago at that time, it’s hard to forget the sense of possibility that he sparked in people.”

Harold Washington ran for Chicago mayor in 1983 as a long-shot candidate. His campaign had little money and no powerful backers. He survived the toughest, dirtiest, most expensive municipal election ever to become Chicago’s first Black Mayor.

As mayor, Washington took on a city that was not only famous for its racism but also for machine-style political corruption: crooked contracts, political patronage and rigged elections. Harold pledged to open up city government to everyone. He would be “fairer than fair,” and spread the wealth to all corners of the city. Against huge resistance, he kept those promises.

Punch 9 for Harold Washington is in large part a historical documentary, but the story could not be more timely. As politicians on the national stage continue to struggle with coalition-building, as the city of Chicago continues to suffer from racial disparities, as a young generation of activists work to reclaim power for those who have traditionally not had a voice, We Want Harold! can help to further the ongoing conversation about politics, process and justice for all. 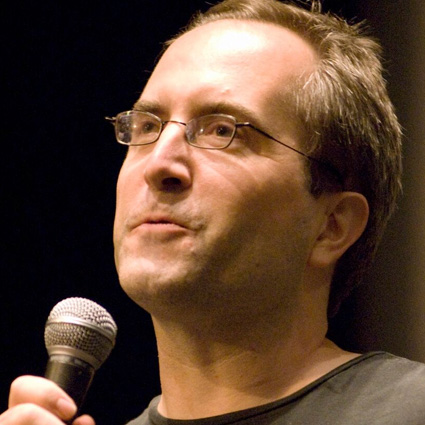 Joe produced and directed What’s the Matter with Kansas? which Roger Ebert named as one of the Ten Best Documentaries of 2009. In 2013, he field produced Citizen Koch, which was nominated for a Grand Jury Prize at the 2013 Sundance Film Festival. In 1997, Joe’s documentary, The Burning Man Festival, toured film festivals and aired on DRTV in Denmark. From 1989-93 he produced and starred in This Week in Joe’s Basement, which from its humble platform on Chicago Public Access cable won two cable TV awards, and was featured numerous times in the national media. Some still wonder whether it served as the inspiration for the “Wayne’s World” Saturday Night Live sketches and films.