An eccentric Russian scientists’ quixotic quest to recreate a vanished ice age ecosystem and save the world from a catastrophic global warming feedback loop.

In the mid 90’s eccentric Russian scientist Sergey Zimov made the startling discovery that melting arctic permafrost threatened to release huge amounts of CO2 into the atmosphere, potentially creating a feedback loop that will lead to runaway climate change. Impatient with world’s slow reaction to this news Zimov has single handedly begun a controversial plan to mitigate melting permafrost by reverse engineering the ‘Mammoth Steppe’ ecosystem – a now vanished ice age grassland, complete with Serengeti-like herds of roaming herbivores, which once stretched from Spain to Canada. 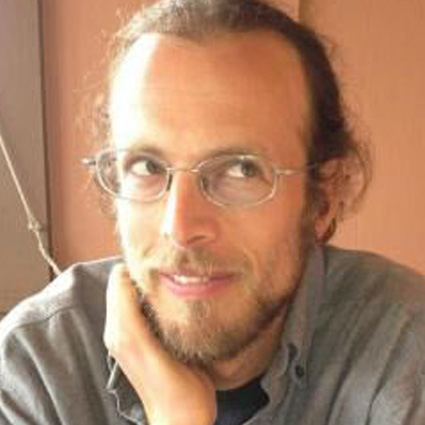 Luke is a filmmaker based part-time in Alaska and part time in California – although lately he has been spending a lot of time in Russia. His previous film “Smokin’ Fish” was a story about food, family, and culture in a Native Alaskan village. It broadcast nationally in the US and Canada, played at over 80 film festivals and won several awards. He is currently working on Pleistocene Park, a documentary about an eccentric Russian scientist who is trying to prevent a catastrophic global warming feedback loop by recreating an ice age ecosystem across northern Siberia. Other films include a documentary about rewilding, a documentary about ecosystem restoration on Indian Reservations, and a documentary about the social history of fisheries management in Alaska. All these stories follow the evolving relationship between humans and the rest of life on our planet.