As the 1960s fade, Gil Scott Heron emerges as a voice of truth through poetry and song. His art is liberating for many, yet, he can’t free himself from a life at odds with an enduring legacy.

Pieces of a Man (W.T.) is the story of Gil Scott-Heron, a writer and recording artist who used his music to awaken public thinking and invite activism on a range of social issues — gun control, drug addiction, government corruption, apartheid. A global troubadour, his listeners depend on his music for his social critique as well as the promising image of what could be. Yet, Scott-Heron ignored his own warnings about drugs and addiction, placing his personal life at odds with his art. Pieces of a Man is a personal story of a creative genius and his beliefs – a story of a profound messenger who failed to live his own words. 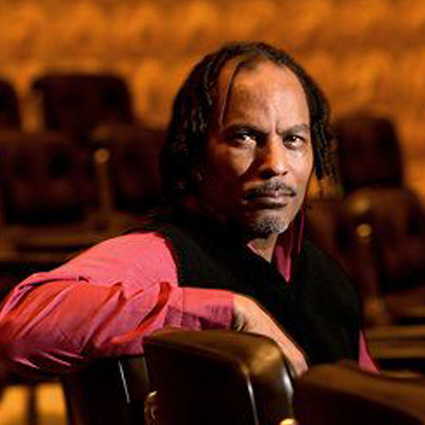 Orlando Bagwell is currently President/Filmmaker of LakeHouse Films, Inc. and Director of the Documentary Program at the UC Berkeley Graduate School of Journalism, where he is also a Professor of Documentary. He returns to filmmaking after establishing Ford Foundations’ JustFilms fund, a $50 million initiative supporting the next generation of filmmakers. Over a nearly 10 year tenure at Ford, Orlando supported several, critically acclaimed films from across the globe including: Mother of George, The House I Live In, Detropia, American Promise, and Time is Illmatic. With the launch of LakeHouse Films, Orlando continues his highly distinguished career of over 25 years as a documentary filmmaker in which he has been honored with 4 Emmy Awards, numerous Emmy nominations, 3 Peabody Awards, 2 DuPont Awards, and several Grand Prize recognitions at prestigious film festivals worldwide. Serving in a range of positions from Producer/Director to Executive Producer, Orlando has been the creative force behind a variety of films from biographical documentaries Citizen King, A Hymn for Alvin Ailey, Malcolm X: Make It Plain, to social-issue films, Matters of Race, The Great Depression and two episodes in Blackside’s landmark Eyes on the Prize series, to name a few. Orlando recently served as an Executive Producer for 3 1⁄2 Minutes, 10 Bullets, a documentary examining the “stand your ground” law which premiered at Sundance 2015. In connection with 3 1⁄2 Minutes, Orlando produced a NY Times’ OpDoc, “When Music Turns Deadly”. He is currently directing and producing a feature length documentary on the life and work of the artist, Gil Scott-Heron.