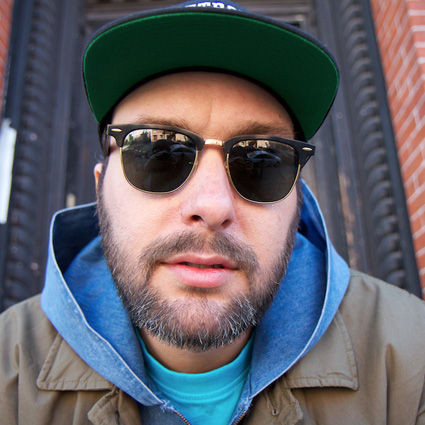 Andrew Cohn is an Emmy Award-winning documentary filmmaker and screenwriter living in New York. His most recent film, NIGHT SCHOOL, premiered at the 2016 Tribeca Film Festival and was supported by a MacArthur grant. He is the director of the documentary KID DANNY for ESPN Films’ "30 for 30" series and his first film, MEDORA, went on to win an Emmy for PBS’ "Independent Lens" series.

Indianapolis has one of the lowest high school graduation rates in the country. For adult learners Greg, Melissa and Shynika, finally earning their high school diplomas could be a life-changing achievement.

"Emotional and inspiring... A story about the beauty of everyday human lives"

"The three people you meet—52 year old grandmother Melissa, who wants to prove to herself she can be somebody; Greg, a single dad who’s getting out of drug dealing and wants a real job; and Shynika, who’s fed up with fast-food work and dreams of nursing—are all people who look like the folks you may not even see on your commute on public transportation. Their stories are complex and all their own. The problems they face are structural, endemic, and belong to everybody.”

"Going deep into the lives of his subjects, filmmaker Andrew Cohn puts faces on statistics and reintroduces the human factor into a faltering social milieu that often gets obscured amid political debates. In his previous film “Medora,” Mr. Cohn charted a high school basketball team’s effort to redeem itself and its economically depressed town. “Night School” is likewise immersed in its sense of place: Indianapolis, which has one of the country’s highest high school dropout rates. The film’s three subjects, each from a low-income neighborhood, struggle with the challenges of poverty while pushing for new opportunities that a degree can offer them.”

"Andrew Cohn’s own Michigan roots inform his deeply American work. I’ve been captivated since SXSW in 2013, after seeing his debut effort (with co-director Davy Rothbart), Medora, about a rural Indiana varsity basketball team. The film went on to win an Emmy for Outstanding Business and Economic Reporting. Cohn is back in the middle of the country with Night School, about three low-income students in Indianapolis working toward their high school degrees after hours. Having followed him on social media throughout the film’s production, I know that Cohn feels a sincere connection to his subjects, and I expect his empathy and level of care to shine through on screen in the film.”