Through the eyes of four young and homeless ballet dancers, Lift shines a spotlight on the invisible story of homelessness in America.

Guided by their mentor, Steven Melendez, who began his international career in a homeless shelter, this verité documentary follows the riveting journey of these children and their teacher, who embrace the discipline, passion, and beauty of classical ballet to transform their lives and step from the shelter onto the New York stage. 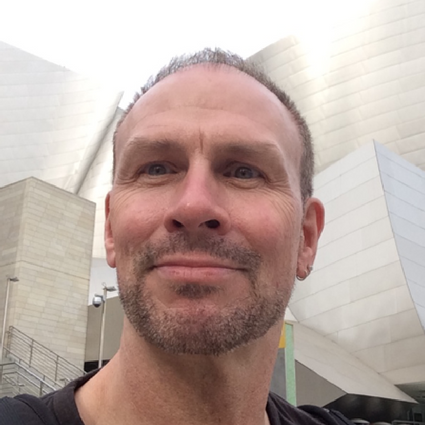 David Petersen’s films have exhibited at numerous museums, including Centre Georges Pompidou, MoMA, Hirshhorn Museum, and National Gallery of Art, and are in the permanent collections of MoMA, and National Gallery of Art. His Academy Award nominated documentary Fine Food, Fine Pastries, Open 6 to 9, received prizes in many international film festivals and his PBS documentary If You Lived Here You Would Be Home Now was an Independent Spirit Award Nominee. His documentary Let the Church Say Amen, premiered at the 2004 Sundance Film Festival and on the PBS series “Independent Lens,” and was honored by the Academy Award Committee as “one of the best documentaries of 2004.” His screenplay I Run and Feel Rain was optioned by Miramax, and was executive produced by David Lynch. His recent films include the documentary Journey of the Bonesetter’s Daughter which premiered on PBS in 2011; 2 Months to be Quiet, commissioned by The MacDowell Colony which premiered at MoMA; and in 2015 he directed the acclaimed documentary series Strictly Ballet for the CNE network. Currently, he is finishing a documentary about juvenile justice, and has developed his dramatic film Billy & Ray, produced by Mike Ryan (Junebug) and Amy Hobby (Secretary).

Mary Recine is a producer of documentary films and cultural programs. Her films have earned an Emmy and three Peabody Awards, and have premiered at Sundance, Berlin, New York Film Festival and MoMA. In 2017 she produced the celebrated Netflix Original documentary Joan Didion: The Center Will Not Hold, directed by Joan’s nephew, the actor Griffin Dunne. She recently served as Executive Producer on HBO’s Atomic Homefront, and is currently producing Jennie Livingston’s first-person documentary Earth Camp One. Working with Liz Garbus, she field produced Nothing Left Unsaid: Gloria Vanderbilt & Anderson Cooper for HBO, and archival produced the 2016 Academy Award nominated What Happened, Miss Simone? Earlier in her career she served as a producer to director Ric Burns, collaborating on award-winning films about Andy Warhol and Eugene O’Neill, among others. As a producer for live events, she has created video projections for the Broadway stage, cultural institutions, and for performers ranging from Elton John to Chris Rock.