Twenty years ago, the village of La Bonga received a death threat that triggered the entire community to flee. Most haven’t returned since and over time their homes have disintegrated into the jungle. La Bonga now lives solely through stories. Only Maria de los Santos has tried to rebuild a life there, making the 3 hour walk back and forth on her own. Her deepest fears are that she will die away from La Bonga and that her children will never truly know where they’re from.

So, during a transitional moment in Colombia in the aftermath of a tenuous peace process, Maria leads the Bongueros to resurrect the festival of their patron saint as a vehicle for which to bring people together. Returning by foot and by mule for the first time in two decades, more than 200 people attempt to reconstruct a town that no longer is. Joining them as they reunite for the massive celebration, LA BONGA explores the distances that separate people from their homes and the ties that bind them to their land. 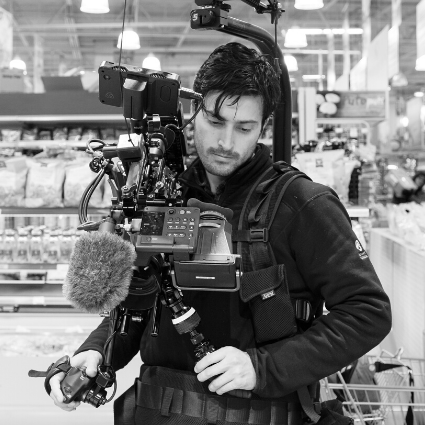 Sebastián Pinzón-Silva is a Colombian nonfiction filmmaker and photographer. He holds a degree in Film and Television from the Savannah College of Art and Design and a master’s degree in Documentary Media from Northwestern University. From working as an Assistant Editor for Minding the Gap to shooting and editing a short film for National Geographic Magazine, Sebastián has worked on various areas of documentary production and post-production. His directorial work has screened at various festivals including Locarno, True/False, Cartagena, SFFILM, Camden, Toulouse, New Orleans, and New Directors/New Films. Sebastián is a Sundance Documentary Fellow, a Kartemquin DVID fellow, and one of Filmmaker Magazine’s 25 New Faces of Independent Film. 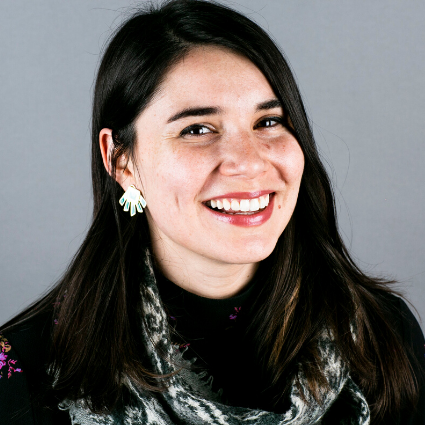 Gabriella Garcia-Pardo is a Colombian-American documentary producer and cinematographer drawn to stories of home, identity, and belonging. Although primarily focused on supporting independent filmmakers, Gabriella has contributed to projects on Showtime, Netflix, National Geographic, Moxie Pictures, and TIME, among others. While on staff as a one-woman-band at National Geographic's News and Magazine unit, Gabriella produced more than 60 short-form documentaries. During her time on NPR's music team, she filmed and edited pieces for over 150 musicians. Before moving to Washington, DC Gabriella designed an intensive summer film program for high school students at Yale, and led horse treks through Chile. She is a graduate of Savannah College of Art and Design and is the founder and director of the DC chapter of the Video Consortium.