A deeply personal story following three generations of women, Joonam explores the tender and turbulent relationships between mother and daughter, Iran and America, and the immigrant experience as it ripples over time.

Joonam is the story of my search to uncover my family’s Iranian past. The film begins with the three of us together in the United States today, exploring the complexities of our cross generational mother-daughter dynamic– comical, quarrelsome, and yet boundlessly loving. However as I search to visualize my foremother’s previous lives, the film delves into a series of deeper stories reliving each woman’s experiences of girlhood through a collagist approach. The film tracks with my Grandmother, Behjat, as a child bride in the last years of a traditional Persia, my mother, Mitra, as a teenager caught between Iran and the United States during the Islamic Revolution, and me, sifting through their memories to search for the pieces of myself that are hidden in a country I may never get to see, and in many ways no longer exists. Flowing between present day and reimaged scenes of the past, Joonam dives into the vulnerable and courageous moments of self-discovery, exploring the evolving shape of girlhood through my family’s journey from Iran to America. 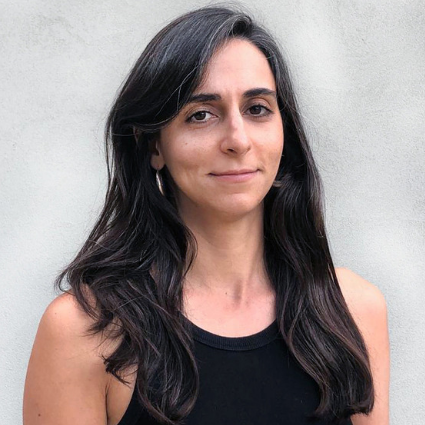 Sierra Urich is a filmmaker and artist living in Brooklyn, New York. She received her BFA in Film/Animation and Illustration from the Rhode Island School of Design in 2013. In 2017, Urich was awarded the Emerging Artist Scholarship as an artist-in-residence at The Banff Centre for the Arts where she began development on her first feature-length documentary, Joonam. Urich’s mixed-media thesis short THROUGH THE TUBES, premiered at San Francisco Independent Film Festival in 2014 and won Jury’s Choice 1st Prize at the Black Maria Film Festival. Urich works in New York as a set dresser and editor, and keeps a studio art practice.