Colour of the Wind

Colour of the Wind is a cinematic portrait of monstrous dust storms that rise from the deserts of Western China and the people that emerge from the dust along its path. Touching down in cities and towns from the deserts of western China to the shores of California, we meet characters confronted by the dust - from its most ominous form as an enormous, devastating storm in a drying desert to its tiniest incarnation as a speck studied under a microscope. More than a journalistic look at an environmental problem, the film is a lyrical journey that rides the winds of our changing planet, exploring what life is like under the dust along the way and the very relationship people have to the air they breathe. 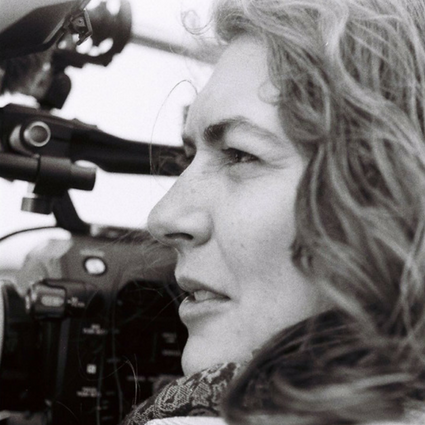 Claire Sanford is a documentary filmmaker and cinematographer who focuses on visually compelling, human-centered stories exploring environmental and social justice themes. Originally from a small island on the West Coast of British Columbia, Canada, Claire grew up immersed in nature and became versed in the quiet art of observation. She earned her BFA in Film Production from the School for the Contemporary Arts at Simon Fraser University, Vancouver. In 2014, Claire was selected as a fellow of the prestigious Hot Docs Accelerator mentorship program. In 2016, she was awarded a Redford Centre Grant for boundary-pushing environmental films for her first feature, currently in development. She is based in Montreal where she works as a cinematographer, producer and director on projects across North America, Europe and Asia.