Walking the razor’s edge between true-crime documentary and stylish noir mystery, Ghost Wives tells the story of a Chinese journalist who investigates the case of a real-life serial killer - Song Tiantang, a 53-year old man, who killed six women to sell their bodies for ghost weddings, an ancient tradition in parts of rural China. 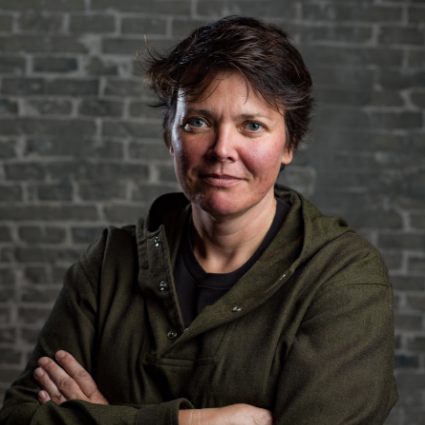 Working in documentary and fiction, Eva Weber has found acclaim with films like THE SOLITARY LIFE OF CRANES (“one of the most absorbing documentaries of the year” – The Observer), BLACK OUT (“An eye-opening doc…moves seamlessly between the straightforward and the poetic” – The Hollywood Reporter) and FIELD STUDY (nominated for the European Film Awards). Eva is the recipient of a Sundance Global Filmmaking Award; and a Sundance Screenwriter, Director and Composer; Sound Design Lab Fellow. Her work has been supported by a number of commissioners and funding bodies including the British Film Institute, Channel4, Tribeca in association with the Nelson Mandela Foundation, The Sloan Foundation, The Danish Film Institute, and The San Francisco Film Society. She is a Fellow of the Yaddo and MacDowell Artist Colonies. Other films include: THE INTIMACY OF STRANGERS (President’s Award at Full Frame), REINDEER (Sundance, Telluride, AFI Fest), STEEL HOMES (Sundance, LA Film Fest), OF THE UNKNOWN (Telluride, AFI Fest). Her latest short SKYWARDS was shot in Delhi, India (Telluride, Hamptons, San Francisco).