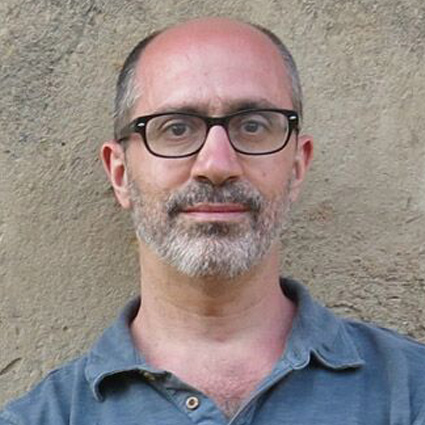 Eddie Rosenstein’s previous films, which have been seen around the world, include: Tickle in the Heart and Waging a Living, School Play, Sandhogs, Boatlift, Reality People and The Gospel According to Mr. Allen. He has produced television programming for networks including A&E, TruTV, History, Discovery ID, HBO. PBS and AMC and has won dozens of international awards. Rosenstein teaches documentary filmmaking at the New York Film Academy, lectures frequently and is extremely active in the non-profit world, particularly for children’s causes.

An intimate and epic film that pulls back the curtain to reveal the masterminds of one of the greatest civil rights movements of our time as they embark on their final, thrilling battle to win same sex marriage for the entire United States.

Freedom to Marry follows Wolfson, Bonauto, DeBoer and Rowse on their dramatic journey as they prepare for arguments, brace for the decision, and receive the stunning results. Through this case, we explore the strategy and campaign that has brought America to this moment – we’re there behind closed doors for the final moment of impact, as this historic battle is finally won.

The United States Supreme Court announced it would take this case on January 25th, 2015. It’s game day. The same-sex marriage movement has been working towards this moment for decades. Winning this case means that same-sex marriage would become the law of the land. Losing would be a massive blow to the movement.

Freedom to Marry follows three of the main protagonists as they prepare for their day in court – and uses this case as a springboard to tell the over-arching story.

Evan Wolfson is the architect of the same-sex marriage movement. He began advocating for the freedom to marry in 1983, well before most other LGBT activists dared to dream of the idea. Evan was convinced that this was how LGBT Americans might begin to obtain the types of freedoms, liberties and opportunities that non-gay people took for granted. Not only did Evan argue the first marriage case in court, he also founded a national organization to spearhead the movement’s strategy. That empowered him to spend decades criss-crossing America, implementing state-by-state campaigns to earn hearts, minds and victories.

This year, Evan Wolfson and his team are working night and day to finish the job. Will they finally cross the finish line?

Mary Bonauto, legendary civil rights attorney (from Gay and Lesbian Advocates and Defenders), has been chosen to represent the movement in this case. To most, this is no surprise. Other than Evan Wolfson, no one has been doing this work longer. Mary led the Vermont legal battles in the mid 1990s. She won the landmark Goodridge case in 2003, making Massachusetts the nation’s first ‘marriage state’. She’s the sharpest legal mind on this subject but, with little time to prepare and having never before argued before the United States Supreme Court, Mary Bonauto is nervous. She understands both the stakes and the pitfalls all too well.

April DeBoer and Jayne Rouse, the plaintiffs, are Mary’s clients. They have been together for more than 15 years, adopted 4 children (two each) and are in the process on a fifth. But in Michigan, where they live, lesbians are not allowed to marry and, since unmarried people can’t co-adopt, if anything were to happen to either of them, some of their kids could be ‘orphaned’ and taken by the state. The couple sued Michigan for the right to get married but lost. They appealed and, of the many marriage cases over the past four decades, the Supreme Court has finally agreed to hear April and Jayne’s. Now their case could decide gay marriage for the entire nation.

The Freedom to Marry Trailer from Eyepop Productions on Vimeo.

“A beautiful, emotional and enlightening film”

Gary Carnivele, We The People

"The Freedom to Marry is this summer’s hot documentary.”

“The Freedom to Marry is a MUST SEE.”

“In the story about last year’s Supreme Court victory for the marriage equality movement, Wolfson emerges as both its hero and its heart … Despite the fact that viewers of the film will know how it ends, there is still a palpable feeling of suspense that takes hold as the final Supreme Court decision approaches.”

“Truly captures the riveting story of how we won. … Award-winning filmmaker Eddie Rosenstein gives an emotional, behind-the-scenes view of the campaign and strategy that ended marriage discrimination nationwide.”