A boy grows up in the corridors of an overcrowded tenement house in Old Havana - a neighborhood profoundly marked by the tensions of changing times. The film follows his experiences over a period of several years, creating an intimate and compelling portrait of adolescence, friendship, and the challenges of a difficult era. 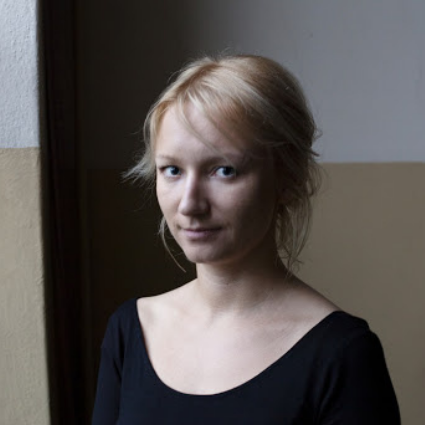 Documentary filmmaker and producer born in Poland and graduated from the International Film School of San Antonio de Los Banos in Cuba with a degree in Film Direction. She also holds a a Master's degree in Cultural Studies, focusing in Latin American issues. She has worked in the cultural institutions in Spain, Poland and Mexico. Her documentaries (the feature-length “Casa Blanca” and the short film “Previous Scenes”) have been shown around the world and have won numerous awards, including awards for the best films at the Visions du Reel Film Festival, San Sebastian Film Festival, Cracow Film Festival Havana Film Festival, Punto de Vista Film Festival, Margaret Mead Film Festival, and several dozen others. Her projects have repeatedly won the support of public funds, she also served as a jury member of the most important documentary film festivals in Poland. She created the production company New Plot Films in 2016 with the obejective to facilitate european - latinamerican coproductions and creative collaborations. Currently she works on a documentary “Four winters”, and is preparing her feature fiction film debut. She lives between Barcelona, Warsaw and Havana.