Far from the mainland and mainstream consciousness, in a region ridden with uncertainties, Tora is a quaint village with bad roads, erratic transport service, a dysfunctional school, no hospital, no power supply, no mobile network and no job opportunities.

The film invites us to experience the life of the people, evenings spent in darkness intercepted by small solar lamps. When they hear that electricity may arrive, they are hardly excited. They have been let down too often. The film follows the long, complex, and bizarre story of how electricity makes its way here. Over a period of two years spanning the electrification process and beyond, the film will follow the lives of three characters:

Jasmine is a feisty woman trying to make a place for herself in a deeply patriarchal society. She sends her four children to a boarding school for the sake of a better future, but it takes a heavy financial toll on her. She anxiously awaits electricity as she dreams of buying a refrigerator and setting up a small snack-stall in Tora.

The supporting characters are Ashang, the young city-bred lawyer and Village Chief who wants to establish himself as a leader who can get things done; and Khamrang, the 96-year-old who believes that nothing will change.The film alternates between the lives of the people and the electricity work, two threads that move together; the aspirations of people chafed by the apathy of officials, and the haphazard and absurd process of electrification. When will electricity arrive in Tora? Will it stay and transform people’s lives? The film waits to see. 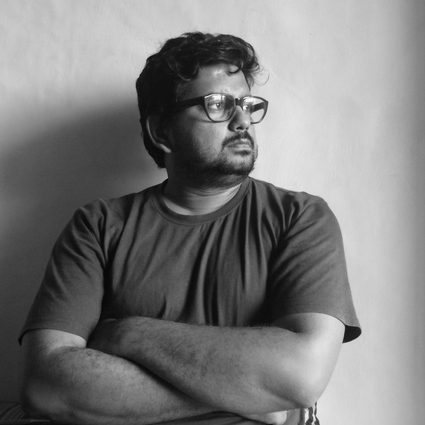 ANIRBAN DUTTA is a filmmaker, still photographer and a media educator based in Delhi, India. He started his career in television in 1996, and set up the film company, Metamorphosis in 2003. He has directed and produced several documentary films and created many photographic essays on diverse topics such as philately, children’s rights, environmental issues, health, and gender and sexuality. His films have travelled to various film festivals such as New York Short Film Festival, the San Sebastian Human Rights Film Festival, Al Jazeera International Film Festival, and MIFF. He has been a Visiting Artist at the University of Boise, Utah, USA (2009), Stanica Slovakia (2013) and exhibited in University of Lima, Peru (2007) in addition to having exhibitions in India. He spent 2008-2010 in Nagaland and Manipur mentoring artists and filmmakers. Filmography: Tales of Stamps (30 min, 2016), 5 Exchange Lane (19min, 2015), The Mud House (17min, 2011), Shadows of Tehri (47min, 2003) 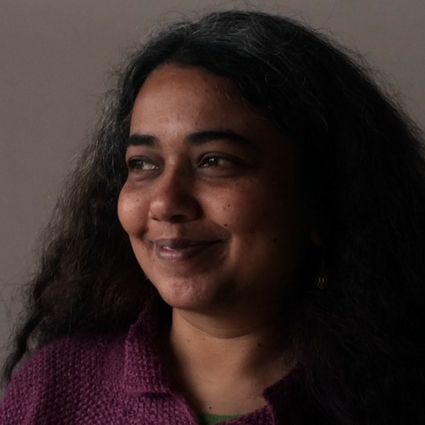 ANUPAMA SRINIVASAN is a freelance filmmaker based in Delhi, India. She did her BA in Applied Mathematics from Harvard University where she took courses in still photography and non-fiction filmmaking. She studied Film Direction at FTII, Pune, and has been making documentaries for the past 16 years on themes like gender, music and education, often shooting and editing her own work. Her films have been screened at many film festivals including 100 Years of Cinema Centenary Festival, Yamagata International Documentary Film Festival, FIPA Biarritz, Mumbai International Film Festival, ImagineIndia Madrid and Kara Filmfest. The documentary ‘Nirnay’ that she co-directed and edited won the Most Innovative Film Award at MIFF 2014. She has been visiting faculty at institutions such as NID Ahmedabad, Ashoka University and SACAC, New Delhi. She was the Festival Director of the IAWRT Asian Women’s Film Festival for three years (2013-15). Filmography: Nirnay (2012, 56min), I Wonder… (70min, 2009), On my Own Again (30min, 2007), On my Own (30min, 2002)