City of the Sun

The lives, dreams and destinies of several extraordinary characters unfold amid the ruins of a post­ apocalyptic mining town. Zurab, a music teacher is on a quest to destroy gigantic buildings to keep his sanity and provide for his family; Archil, a miner­-turned­-actor has to make a life­altering choice between his dream and his day job; and two malnourished champion athletes have to overcome the odds and win the next Olympic games to survive. 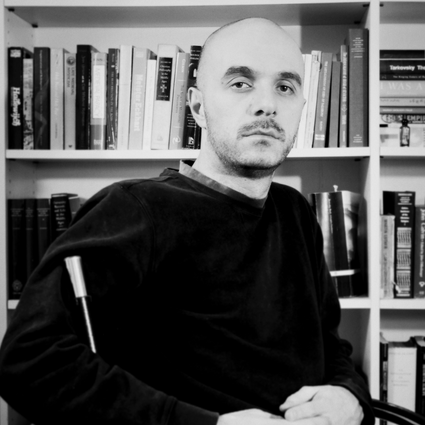 Rati Oneli was born born in Tbilisi, Georgia. He lived in New York from 1999 to 2014 when he moved to Georgia in order make his documentary City of the Sun. He specialized in Middle East Studies, as well as International affairs both at Free University Tbilisi and Columbia University in New York. He currently pursues PhD in Philosophy at the European Graduate School. In 2014, he produced and co-edited Invisible Spaces, directed by Dea Kulumbegashvili, a short film that premiered at the Cannes International Film Festival and was nominated for Palme d'Or. In 2016 he co-produced Lethe, another short film by Dea Kulumbegashvili that premiered at La Quinzaine des Réalisateurs, Cannes and was financed by CNC France and France 3. City of the Sun is Oneli’s first feature-length documentary, currently in post-production that has been awarded Special Jury Prize, as work-in-progress, by Vision Sud Est at the Nyon International Film Festival in 2015 and has so far received production and development funding from Catapult Film Fund, Doha Film Institute, IDFA Bertha, Jerome Foundation, Georgian National Film Center.

City Of The Sun - Trailer from Syndicado on Vimeo.