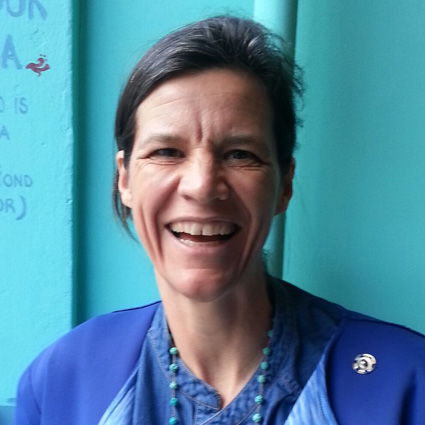 Kirsten Johnson has worked as an independent documentary cinematographer and director committed to human rights questions and visual creativity since 1989. She is the principal cinematographer on over 40 feature--length documentaries and has been credited on countless others as “Additional Camera." She directed “The Above” which premiered at the New York Film Festival as a part of The Intercept’s Field of Vision launch, spearheaded by Laura Poitras. Her collaboration with Poitras is longstanding, credited as cinematographer on the Oscar- winning “Citizenfour,” the upcoming series "Asylum" on Julien Assange, has shot footage that will be appear in Poitras' new visual work for her Spring 2016 solo show of at the Whitney Museum, and shared the 2012 Sundance Cinematography Award with Poitras for “The Oath.” She is also a long-time collaborator with Amy Ziering and Kirby Dick, shooting the Oscar- nominated “The Invisible War,” “Outrage,” “This Film is Not Yet Rated” and “Derrida.” In 2004, “Deadline,”which she co--directed with Katy Chevigny, premiered at Sundance, was broadcast on primetime NBC, and won the Thurgood Marshall Award. Her first documentary feature, “Innocent Until Proven Guilty” premiered at the Berlin Film Festival, which later appeared on HBO. Her cinematography is featured in “Fahrenheit 9/11,” the Oscar--nominated short by Sandy McLeod "Asylum,” the Emmy winners “Ladies First” and “We Came to Testify,” Tribeca Winner “Pray the Devil Back to Hell” and Sundance premiere documentaries, including “A Place at the Table” and “American Standoff,” among others. “Cameraperson” is her third feature--length documentary as a director. 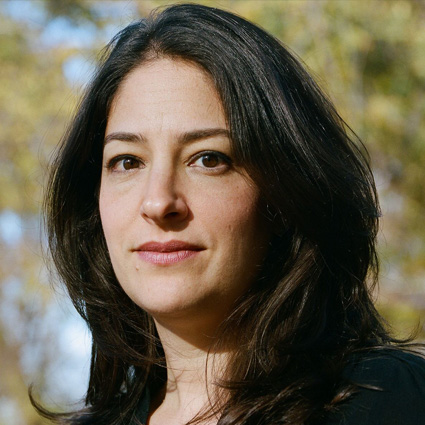 Marilyn Ness is a two-time Emmy Award-winning documentary producer. Before joining Arts Engine, Marilyn founded Necessary Films in 2005, directing short films for non-profits including the ACLU and the World Federation of Hemophilia and developing documentaries for broadcast. Her most recent film Bad Blood: A Cautionary Tale broadcast nationally on PBS in 2011 and was the centerpiece of campaign to change US blood donation policies. Prior to that, Ness spent four years as a producer for director Ric Burns, collaborating on four award-winning PBS films: Ansel Adams, The Center of the World, Andy Warhol, and Eugene O’Neill.

Exposing her role behind the camera, Johnson reaches into the vast trove of footage she has shot over decades around the world. What emerges is a visually bold memoir and a revelatory interrogation of the power of the camera.

What does it mean to film another person? How does it affect that person - and what does it do to the one who films? Kirsten Johnson is one of the most notable cinematographers working in documentary cinema today, having shot Citizenfour, Happy Valley, Fahrenheit 9/11, The Oath, The Invisible War, and dozens of other essential documentaries.  With her visually radical memoir Cameraperson, Johnson presents an extraordinary and deeply poetic film of her own, drawing on the remarkable and varied footage that she has shot and reframing it in ways that illuminate moments and situations that have personally affected her. What emerges is an elegant meditation on the relationship between story-telling and the camera frame, as Johnson transforms scenes that have been presented in so many other directors’ films as one reflection of truth into another kind of story - one about personal journey, craft, and direct human connection.

“... a uniquely insightful memoir-cum-critical-treatise on the nature and ethics of [Johnson’s] craft.”