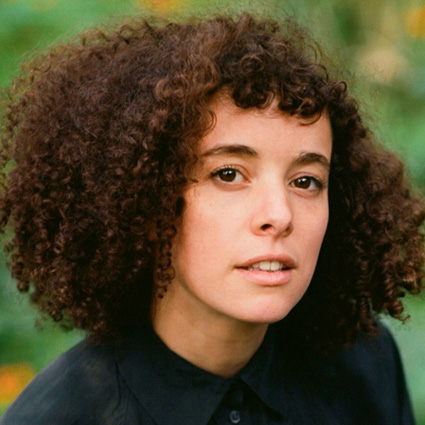 MALIKA ZOUHALI-WORRALL is an award-winning director, producer and editor of British/Moroccan origin. She is one of the directors and the producer of CALL ME KUCHU (2012), a documentary that depicts the last year in the life of the first openly gay man in Uganda, David Kato. The film premiered at the Berlin Film Festival, where it won the Teddy Award for Best Documentary and the Cinema Fairbindet Prize. It has since won 18 more awards, and was theatrically released in North America and Europe to critical acclaim, with a 98% “Certified Fresh” rating on Rotten Tomatoes. Malika’s second film, THANK YOU FOR PLAYING, directed and produced in partnership with David Osit, tells the story of Ryan Green, an indie video game developer who’s building a video game about his terminally ill young son. The film is an ITVS/POV co-production and premiered at the 2015 Tribeca Film Festival. It is set to broadcast on POV in Fall 2016. Malika is a Chaz & Roger Ebert Directing Fellow and an alumnus of the Film Independent Documentary Lab, the Tribeca All Access program, the Firelight Producers Lab, and the Garrett Scott Documentary Development Grant at Full Frame Documentary Film Festival. In 2012, Filmmaker Magazine named Malika one of 25 New Faces of Independent Film. Malika is a graduate of Cambridge University, and holds an M.A. in International Affairs from the Paris Institute of Political Studies (Sciences Po), where she studied with a full scholarship from the Entente Cordiale Scholarship Scheme. She lives in Brooklyn, NY with her husband, journalist Andy Greenberg.

In Uganda, a new bill threatens to make homosexuality punishable by death. David Kato, Uganda’s first openly gay man, and retired Anglican Bishop Christopher Senyonjo work against the clock to defeat state-sanctioned homophobia while combatting vicious persecution in their daily lives. But no one is prepared for the brutal murder that shakes their movement to its core and sends shock waves around the world.

With unprecedented access, Call Me Kuchu depicts the last year in the life of a courageous, quick-witted and steadfast activist whose wisdom and achievements were not fully recognized until after his death, and whose memory has inspired a new generation of human rights advocates.

"The hardest work is done by local activists like those you will see in this film. To them I want to say: You are an inspiration to me… I am proud to join in this great human rights cause."

"Impressive and on the mark."

“A scary but inspiring film with real heroes and villains.”

“Feels like PARIS IS BURNING by way of THE BATTLE OF ALGIERS.”

"As angry and unflinching a piece of documentary filmmaking as you'll see this year."