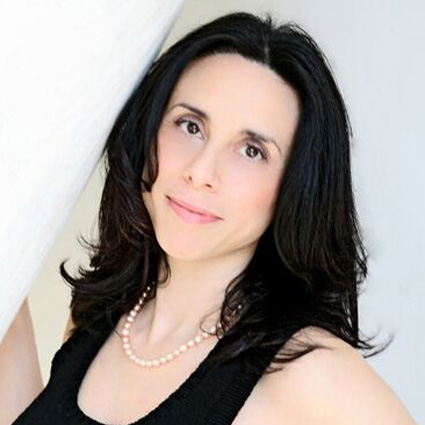 Director, producer, and shooter Rebecca Cammisa's first feature documentary film, Sister Helen, aired on HBO, and went on to win the 2002 Sundance Film Festival's Documentary Directing Award. Sister Helen also received an Emmy® Award for Outstanding Cultural and Artistic Programming and an Outstanding Directorial Achievement in Documentary Film Award nomination by the Directors Guild of America. In 2003, Rebecca Cammisa founded Documentress Films, teamed up with Mr. Mudd Productions, and began developing the 2010 Oscar®-nominated documentary, Which Way Home for which she received a Fulbright Fellowship for Filmmaking. Which Way Home was nominated for a 2010 Independent Spirit Award for Best Documentary, and received four Emmy® nominations. It went on to win a News & Documentary Emmy® Award for Outstanding Informational Programming and the Robert F. Kennedy Journalism Awards Grand Prize. Rebecca was awarded a John Simon Guggenheim Fellowship for Filmmaking, and in 2011, she directed and produced the HBO documentary God is the Bigger Elvis, which received an Oscar® nomination for Best Documentary Short Subject. Rebecca’s newest film, Atomic Homefront, has received numerous grants, including a Sundance Documentary Fund Production grant and a MacArthur Foundation Media grant. The film will premiere at AFI Docs Film Festival this June in Washington, D.C.

Atomic Homefront reveals St. Louis, Missouri’s past as a uranium processing center for the atomic bomb and the governmental and corporate negligence that led to the illegal dumping of Manhattan film radioactive waste throughout North County neighborhoods. The film is a case study of how citizens are confronting state and federal agencies to uncover the truth about the extent of the contamination and are fighting to keep their families safe.

The City of St. Louis has a little-known nuclear past as a uranium-processing center for the atomic bomb. Government and corporate negligence led to the dumping of Manhattan film uranium, thorium, and radium, thus contaminating North St. Louis suburbs, specifically in two communities: those nestled along Coldwater Creek and in Bridgeton, Missouri, adjacent to the West Lake-Bridgeton landfill.

In the Coldwater Creek area, residual radioactive waste was left outside in piles along Latty Avenue, a street very close to the creek. St. Louis is a flood plain, so when it rained, dangerous radionuclides flooded into the creek, and inundated homes, gardens, public parks, and businesses. For decades, children played in or alongside the radioactively-contaminated creek. Residents have now documented their illnesses, including high rates of very rare cancers, birth defects, and various autoimmune disorders. These illnesses are potentially linked to ionizing radiation poisoning.

Another tragic and bizarre occurrence has been unfolding in Bridgeton, Missouri. In 1973, approximately 47,000 tons of the same legacy radioactive waste was moved from Latty Avenue and was illegally dumped into the West Lake neighborhood landfill, which became an EPA Superfund site in 1990. For the last seven years, an uncontrolled subsurface fire has been moving towards an area where the radioactive waste was buried. The community’s fear is that fire will reach the radioactive particles, which will then attach to smoldering vapors and become airborne, migrating off-site and contaminating communities miles away.

Remarkably, Republic Services, the company that owns and operates the landfill continues to state that the landfill is in a “safe and managed state.” The company also states that the underground fire is contained and not approaching the radiation.

In March 2016, the EPA re-mapped a radiation storage area and found that radiologically-impacted materials had migrated farther south, closer to the subsurface fire. In August 2016, the EPA admitted that the radiation was less than 700 feet from the fire.

Although the EPA acknowledges the presence of the radiation, they refuse to order an emergency action to take over and relocate families closest to the landfill.

Residents are outraged by this bureaucratic nightmare, and the situation has created an “us versus them” dynamic that is fueling community advocacy. The common view is that the EPA’s Superfund laws are failing to protect them.

Just Moms STL, a strong group of moms-turned-advocates, believes their communities are being poisoned. Just Moms states that it will not stop fighting until the EPA either fully removes the waste or permanently relocates residents living nearest the landfill. At the same time, the grassroots organization, Coldwater Creek-Just the Facts Please, is working to educate the community, educate healthcare professionals, and for community inclusion in the Radiation Exposure Compensation Act.

Atomic Homefront spotlights those citizen advocates, mostly women, who have mobilized to get answers, created a powerful coalition and continue to fight for environmental justice.

St. Louis, Missouri is an illustrative case study for the way legacy radioactive sites can be significantly mismanaged and mishandled by the very governmental and private agencies and entities charged with overseeing them.