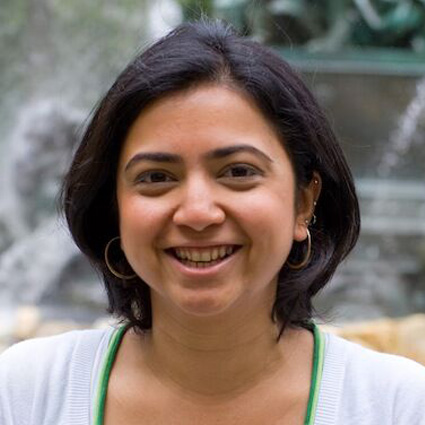 Vaishali Sinha is an award winning filmmaker. She Co-Directed/Produced the feature documentary MADE IN INDIA about the personal stories behind the phenomenon of “outsourcing” surrogates to India. The film premiered as a festival favorite at Hot Docs Film Festival and aired on PBS in 2012. It went on to win several “Best Documentary” awards on the festival circuit and is currently a case study at Harvard Business School for their class on ethics. ASK THE SEXPERT is her second feature documentary. She has directed and produced several independent shorts as well. For her films, Vaishali has been awarded support by the Catapult Fund, Mac Arthur Foundation, Tribeca Film Institute, The Economist, Firelight Media, Chicken & Egg Pictures, Fledgling Fund, Mozilla, Playboy Foundation, CAAM, NYSCA, Nextpix, among others. In addition to her own films, Vaishali also produces films for clients such as Center for Reproductive Rights, National Latina Institute for Reproductive Health, Outright International and others. Vaishali studied Film Production at the New School University. She is originally from Mumbai and now resides in Brooklyn, NY.

A long time sex advice columnist gains popularity against the backdrop of a ban on comprehensive sex education in schools in several states in India.

Ask the Sexpert is a feature documentary centered on a highly popular sex column in a daily newspaper in India. Despite sex being a taboo topic in India, the column’s brand of non-moralistic advice and humor has emboldened many to write in with their questions. Highlighting a dance between desire and censorship, the personal narratives in the film play out against the backdrop of the heated debate over sexuality and sex education in India.