When Ashish lies to his family, pretending that he was chosen as India’s representative for the Soccer World Cup, he starts an initiatory journey that leads him from the peaceful bubble of his small Indian city to a stadium worker job backstage, as we follow his point of view on the international event. 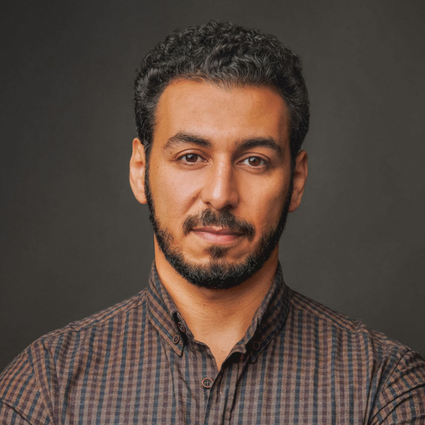 In 2016, Ali El Arabi set up Ambient Light, an international film production company based in Cairo (Egypt) and Los Angeles (United States). It aims to tell character-driven stories that relate to marginalized segments of society, groups that are often left voiceless such as women, children, minority communities, and refugees. Ali’s debut feature documentary, Captains of Zaatari, premiered in Sundance in 2021, received an honorary mention from Hot Springs Festival, and was long-listed for the 2022 Oscars. The film was selected in over 85 international film festivals and released both in theatres across the world and on major platforms such as Apple TV, Hulu and Netflix. Ambient Light is currently producing various films including ‘The Legend of Zeinab and Noah’ by the acclaimed director Yousry Nasrallah.