An indigenous Indian artist’s suicide at a museum in Japan is mired in controversy for twenty years. Myth and memory conjure his ghost and the universe of his paintings comes alive, unraveling the mystery of his death and the enigma of his life. An allegory on transformation and rebirth in the modern world, Another World combines documentary with animation to probe the heart of an artist caught between the forest, the city, and a world of museums. 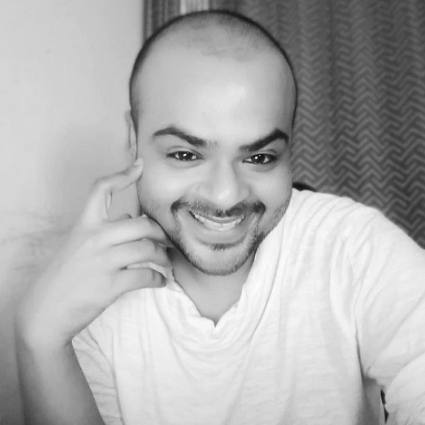 Tushar Madhav (Director, Producer, Editor): Tushar is a documentary filmmaker, editor and researcher based in India. His first film Soz – A Ballad of Maladies (2016, Doc, 85min) won the President’s National Film Award of India for Best Debut, Ram Bahadur Trophy for Best Film at Film South Asia, Nepal and the award for Best Documentary at the International Documentary Film Festival of Kerala. He has edited many independent documentaries and non-fiction series for television and OTT platforms in India. He also teaches film editing at universities and media schools in the country. Tushar studied filmmaking at India’s premiere media institute AJK Mass Communication Research Center, Jamia Millia Islamia University, New Delhi and was a fellow at the Uniondocs Center for Documentary Art, Brooklyn. Currently based in Mumbai, his independent film production company Basic Bae Films is driven by the philosophy of DIY filmmaking and cross-media practice.