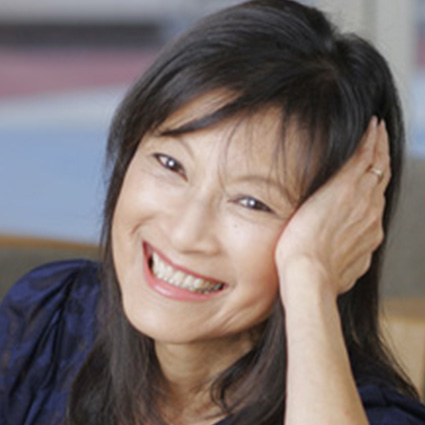 Freida Mock is an Academy Award and Emmy Award-winning filmmaker, a director, writer and producer of feature length and short form theatrical documentary films. These include the Oscar winner MAYA LIN: A STRONG CLEAR VISION, a feature film about the designer of the Vietnam Veterans Memorial, the most visited monument in Washington, D.C. Mock’s other Oscar nominated films include:  ROSE KENNEDY: A LIFE TO REMEMBER; SING! about one of the best U.S. children’s chorus; NEVER GIVE UP, about the holocaust survivor and conductor Dr. Herbert Zipper; and TO LIVE OR LET DIE, a story that explores the ethics in neonatal intensive care. Her films focus on stories about art, history, politics, and creativity and her recent ones are: WRESTLING WITH ANGELS: PLAYWRIGHT TONY KUSHNER; the feature documentary SING CHINA! filmed in China prior to the Beijing Olympics and featuring the world-renowned LA Children’s Chorus—singing in the past with John Mayer, Placido Doming, and Gustavo Dudamel; and  LT. WATADA about the first military officer to refuse to deploy to Iraq and to speak out about the war’s illegality.  The film was short-listed for the Oscar in 2010. Mock is currently in production on a feature documentary film ANITA: SPEAKING TRUTH TO POWER, about the life and times of Anita Hill and completing G-DOG a feature documentary film about a charismatic gang expert, a Jesuit priest and founder of the largest, most successful gang intervention program in the country, Homeboy Industries, a national and world model for giving kids a second chance at life. Mock was the first Governor elected to the new Documentary Branch of the Academy of Motion Pictures Arts and Sciences and served as Governor and Chair for five years. She is presently co-chair of the DGA Awards Documentary selection Committee. She is a partner in the Santa Monica-based Sanders & Mock Productions and co-founder of the nonprofit American Film Foundation that specializes in producing films on the arts, sciences and the humanities.

The story is about a game changer who Spoke Truth to Power. This film is about the life and times of Anita Hill whose graphic, sensational testimony about sexual harassment in the 1991 Clarence Thomas/Anita Hill Supreme Court confirmation Hearings altered the trajectory of her life and our country’s policies on sexual harassment and assault in the workplace, on college campuses and the military.

Anita: Speaking Truth to Power, a feature documentary by Academy-Award-winning director Freida Mock, tells the harrowing and inspiring story of Anita Hill, the elegant, dignified African-American woman who charged Supreme-Court nominee Clarence Thomas with sexual harassment in 1991 Senate hearings. The hearings were pure, raw, gripping theater, watched by millions on national television: a struggle between a man with everything to gain and a woman with everything to lose. The event brought sexual politics into the national consciousness, and empowered Anita Hill’s fight for social justice. This will be Hill’s story in a literal sense: for the first and only time, she’ll participate in a film about her life before, during, and after the hearings. How did a religious, conservative, bookish African-American – the last of thirteen children in a devout family on a remote Oklahoma farm – become a venerated and hated American icon, brought unwillingly to fame by the raw and rowdy intersection of sex, politics, and power?

“Political theater that still has the power to make your blood boil.”

“A powerful film…recreates the national sensibility of the time when seual harassment in the workplace was not yet a national concern.”

“One woman, stepping into a mess of political, racial and sexual power plays…makes for rapt viewing.”