American Saint is the extraordinary story of Fulton Sheen, an Emmy-award winning Catholic Bishop on the verge of becoming the first American-born man to become a saint.

American Saint is the extraordinary story of Fulton Sheen, an Emmy-award winning Catholic Bishop with a rockstar following. Today, Fulton Sheen is on the brink of becoming the first ever American-born man to become a saint. But as a hometown Bishop and big city Cardinal are locked in a struggle over Sheen’s final resting place, the road to sainthood has never been so complicated.  American Saint will illuminate Fulton Sheen’s remarkable life and the present-day endeavor to make him a Saint, while exploring the meaning of sainthood and star power in the modern age. 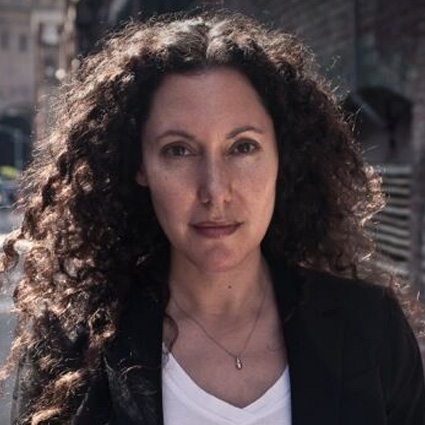 Allison Berg is an award-winning filmmaker who directs and produces feature-length documentary films and television specials and series. Berg directed and produced, with Frank Keraudren, the documentary feature film The Dog, which screened at film festivals including the Toronto International Film Festival, New York Film Festival, Berlinale and SXSW. The film received international recognition, was theatrically released by Drafthouse Films and was a NYTimes Critics Pick. Allison’s first film, Witches in Exile, premiered at the 2004 SXSW Film Festival where it won the Special Jury Award for Documentary Feature Film. Witches in Exile has screened at festivals throughout the world and has both international television and educational distribution. Berg has received grants from such prestigious foundations as the Soros Documentary Fund, New York State Council of the Arts, Eastman Fund, Wellspring Foundation, Women in Film Foundation and she was selected for the 2014 Artists Academy at the Film Society at Lincoln Center. Recent television credits include Co-Executive Producer, Supervising Producer and Director credits on documentary series and specials for broadcasters such as Sundance Channel, MTV, History Chanel and A&E. Berg also produced the 2014 International Documentary Association’s “Getting Real” conference, developing sessions for filmmakers and industry professionals.