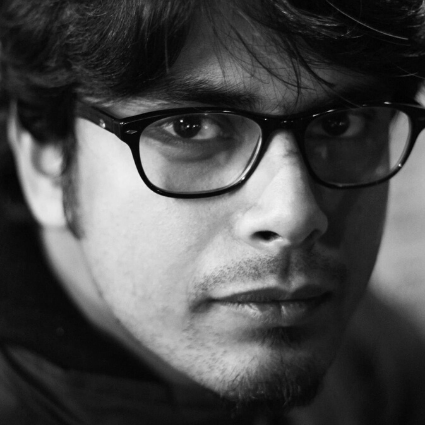 is a filmmaker, video artist and film scholar based in Delhi. ‘Cities of Sleep’ (2016), his first feature length documentary was shown at various major international film festivals and won six international awards. Shaunak has received the ProHelvetia residency,Switzerland (2016); the Charles Wallace Grant, as visiting scholar at Cambridge University (2018), the Sarai­CSDS Digital Media fellowship (2014), and the Films Division of India fellowship (2013). He is currently working on his second documentary project ­ 'Airborne' that recently received development funding from the IDFA Bertha Fund (2019) and the Sundance film grant (2019).

The darkening backdrop of Delhi’s apocalyptic air and escalating violence, two brothers devote their lives to protect one casualty of the turbulent times: the bird known as the Black Kite.

"With a tone more melancholic and charming than one might expect given the various crises at play here, Sen's deceptively casual observational documentary prefers dwelling on resistance and resilience to pronouncements of doom."

"Delhi’s rapidly worsening air quality and religious violence form the backdrop for All that Breathes, Shaunak Sen’s lyrical portrait of two men who work to save injured and sick birds in the city."