Rabbi follows 13 years in the dramatic life of Amichai Lau-Lavie, a 21st century rabbi who has achieved renown in reaching today’s skeptical, secular, digital generation, reimagining the role of spirituality in our lives, and showing how religion, when radically reinvented for the modern world, can be a powerful force for human rights and global tolerance.

His cousin is the Chief Rabbi of Israel, his uncle the former Chief Rabbi, his father was the Israeli Consul General to New York, and he descends from 39 generations of Orthodox rabbis back to King David.

Amichai created and performed a drag character, Rebbetzin Hadassah Gross, a Hasidic rabbi’s wife. In a surprising turn, he entered Jewish Theological Seminary (JTS) to become a Conservative rabbi, the first in 37 generations in his family who will take on the role of rabbi outside Orthodoxy. He chose the hardest and most rigorous path available, one recently opened for gays and lesbians.

We watch as Amichai slowly embraces the ancient role of rabbi on his own terms - weaving together his explorations in a wide range of worlds - trickster, gay, counterculture, skeptic and seeker. He launches Lab/Shul, a part laboratory, part synagogue - an everybody-friendly, God optional, artist-driven, pop-up experimental community for sacred Jewish gatherings based in NYC and reaching the world.

Ultimately, Amichai finds himself bringing ancient rituals alive in a completely new way. This is an epic journey – deeply old and radically new - full of hilarious, surprising, and profound twists. It is one person’s journey seeking the answers to the ultimate questions, and gaining the gifts to serve the greatest of human needs. 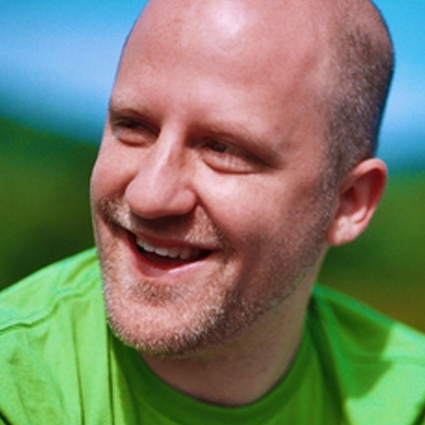 Sandi DuBowski is the Director/Producer of Trembling Before G-d, Producer of A Jihad for Love, and Co-Producer of Budrus. His latest film, Rabbi, is supported by The Sundance Institute Documentary Film Program, Catapult Film Fund, Bertha Foundation, Nathan Cummings Foundation, Hartley Film Foundation, Sheffield Doc/Fest Meet Market. His award-winning work has screened at Sundance, Berlin, Tribeca, Toronto and over 200 festivals, had theatrical release in over 150 cities, aired on BBC, PBS, ZDF-Arte, Sundance Channel, and been funded by over 60 foundations including The Creative Capital Foundation, The Sundance Institute DFP, The Steven Spielberg Righteous Persons Foundation, and Cinereach. DuBowski conducted 800 live events with Trembling Before G-d and it has been seen by over 9 million people and changed the lives of countless individuals, their families, religious leaders, and communities around the world. He has worked with over 125 documentaries as the Outreach Director of Good Pitch which connects the world’s best social justice films with new allies and partners.